Fred interviews Ryan Van Fleet, a product engineer at Relyence about his career and reliability software. 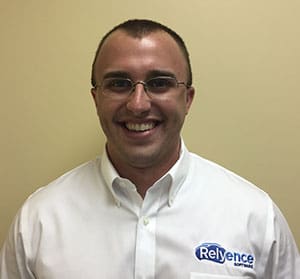 Ryan is originally from and currently resides in Pittsburgh, Pennsylvania. He attended Penn State University, studied computer engineering, and has taken his knowledge of software to the reliability engineering field. Ryan’s introduction to this field came with his position as a Quality Assurance Analyst with Relex Software Corporation, which later was acquired by PTC.

Next, he took a position as an IT Project Manager with General Electric’s Transportation division where he implemented software solutions to drive locomotive manufacturing quality, field reliability, and improve field maintenance analytics.

Finally, Ryan joined the team at Relyence Corporation, started as a Software Engineer for their Reliability Prediction product, and then accepted his current role as a Product Engineer to help define and deliver the next generation of Relyence reliability and quality software tools

In this episode, Fred and Ryan discuss: