[Note: This is a bonus episode recorded at RAMS 2016 in Tucson, AZ.

Fred invited thought leaders to join him for a quick interview, thus please pardon the sounds of the conference in the background.] 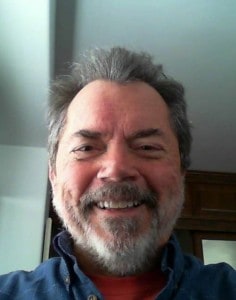 Wes Fulton is founder/CEO of Fulton Findings™ and the creator of the first widely-used Weibull plotting software, currently known as SuperSMITH®.

He also wrote several special programs for statistical research such as MonteCarloSMITH™ and BiWeibullSMITH™ software packages. He has 16 years experience as Program Engineer for Garrett AiResearch aerospace systems and over 30 years experience in developing Weibull Engineering tools.

He co-patented a multi-fuseable shaft (high-performance drive-train device) and is a member of several engineering societies. A lecturer in statistical modeling, he presents Dr. Bob Abernethy’s Weibull Workshop including the Fulton Factor he developed for use in set comparison.

He also originated the concept of “assurance” using equivalent reliability and confidence.

In this episode, David discusses:

Learn more about Wes and his work and software at www.WeibullNEWS.com.