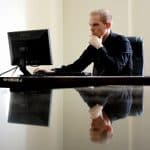 A topic that often comes up lately is high turnover, especially the perception that this is common and desirable among millennials. Born in the mid eighties, I am right on the cusp between millennial and Generation X, and I am one of the aforementioned employees with a high turnover history. A specialized Reliability Engineer with nearly ten years of work experience, I have rarely stayed with a company much over two years. I never intended to be a person who moved between companies so regularly, it just kind of happened.  END_OF_DOCUMENT_TOKEN_TO_BE_REPLACED 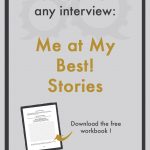 How to Shine in any Interview — Me at My Best! Stories

It was 7:15 am. We had just finished up our morning kick-off meeting for our lab staff at the generating station, which was about to start-up following a planned outage. Mary, one of the senior lab technicians, came frantically into the lab from the plant.

“We have a problem!  The circulating water pH meter is reading a 3.0!” Mary 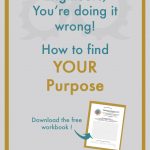 When you woke up this morning, how did you feel?  Was it giddy excitement for what the day ahead holds?  If not, then you are likely not living your purpose.  Not pursuing your life’s work.

For me, the idea of pursuing my life’s work became exponentially more important in 2013.   Over the past 3 years, I had gotten married (yay!), became a mother to my husband’s 5 year old son (double yay!), had a daughter (triple yay!), lost my mother to 5 year battle with lung cancer (tears! lots and lots of tears!), and become pregnant with a baby boy (due January 2017!). END_OF_DOCUMENT_TOKEN_TO_BE_REPLACED