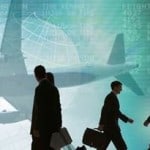 When I entered the working world in February of 1981 I was ready to set the world on fire, I had been hired into an apprentice program at Eastman Kodak Company in Rochester, New York and while some would recognize this as an entry level position, I was determined to make a difference in how this company operated its business.

Let’s just say I learned quickly the best thing a 20 year old Pipefitter Apprentice can do to make a difference is come to work on time, do what you are told to do, don’t ask questions and always say yes to working overtime. The painful truth regarding my 3 year apprenticeship is while I worked with at least 2 dozen different Journeymen and 6 different supervisors in that 3 years, just a few of them had any desire at all to improve their own or the companies circumstances. The good news is the few who care were willing to share what they had learned and some of the things they shared made a lasting impression on my career.

This being said I can’t help but think how nice it would be to know the 10 most important things before entering the working world.

1 — Be prepared, at least 1 time during your career you’re going to work for a jerk!

If you’re lucky it will only be once, chances are you will work for a few and working for a jerk successfully has more to do with you than it does the jerk. The hardest part about working for a jerk is they come in all shapes, forms, sizes, sexes and behaviors.

Some jerks are mean, some are lazy, some know absolutely nothing about their job and what you do and others are truly bright and on a regular basis they openly share how smart and experienced they are and how dumb and inexperienced the rest of you are.

The problem is you still have to work for the jerk, this will take a lot of patience on your part, you need to survive the reign of the jerk and do so with your confidence intact.

2 — Learn and use Performance Management Techniques

Performance Management is process or technology of managing behaviors and results. It teaches us how to manage and work with people and improve performance based on how we react or deal with their behaviors. The greatest part about Dr. Daniels work is you don’t have to be someone’s boss or manager to have an impact or change the way they interact with you. These techniques will not only help to improve your performance but the performance of the people you work with. Dr. Daniels taught me not only how to survive working for the occasional jerk, he showed me how I could continue to grow and excel in both my work life and my life at home as a husband and father.

I was lucky enough to attend a 2 week intense Performance Management training course early in my career and I would encourage anyone who sees themselves as a leader to attend this training.http://aubreydaniels.com/

The phrase “Do as I say not as I do” doesn’t work when it comes to being recognized as an outstanding leader. The behaviors you display at the workplace will be mirrored by those who work with and for you.

If the work you do is subpar or sloppy don’t expect above average precision work from others. As a leader or manager honesty is always the best policy even when it comes to bad news. There is nothing worse than a boss to tells his people when asked about an upcoming change or rumor “I don’t know” when they know for a fact he does.

The correct answer is the truth; I am aware there are changes coming but I am not at liberty to discuss any specifics or dates at this time.

In the 30 plus years I have worked in world of Maintenance, Reliability, Manufacturing and Consulting I have worked with a few managers who used a very familiar crutch to poorly lead/manage their group. “I don’t have to know anything about maintenance (add current group) to manage a group of maintenance people, I need to know how to be a manager.”

To this I reply bull crap! If you want to manage a group of people and improve the performance of that group you had better know what they do. In fact the more you know about what they do the better, show them you are interested in learning and they will share, show them you are interested in the details and they will teach and in turn gain respect.

Tell them what they do has no bearing in how you manage them and they will treat you will ill regard and disinterest. The end result I have never seen a manager who claimed the process wasn’t important make any lasting or successful change. And, those who took the time to learn are the same ones who were able to make lasting and significant impact.

5 — In The Working World Your Reputation Precedes You

If you believe that you can put a halfhearted effort into your first job or two or that people will cut you some slack because your current position is the one everyone has to endure for career growth think again. With the advent of social media the world has become a very small place and quite frankly people like to talk.

Before you have even walked in the door for your first day on the job people know the name of who was hired and they have begun see what they can learn about the new Engineer, Supervisor or Manager. While this statement might lead some to believe the working world is an awful place this could not be further from the truth.

Great leaders tend to enjoy their work and have a knack for making work fun even in the most stressful situations. These behaviors are infectious and those they work for and with provide stellar recommendations when asked.

6 — If You Don’t Enjoy Your Job, You’re Chosen the Wrong Career

Chances are you will work somewhere around half of your life or more (30 to 40 years) and being exactly between 30 and 40 years right now I can tell you that’s a LONG time. I would add to this that to hate or dislike what you do for more than 1 year is too long. If you don’t like your job then it’s time to change what you do.

I worked the first 12 years of my career wanting to be a Maintenance Supervisor and when I was given my first job as a Maintenance Supervisor I quickly learned it might be the worst job in the world! After 3 months I enrolled in night school at RIT, after 1 year I asked for a transfer that would be more in line with the courses I was taking in Reliability Engineering.

Just 4 years later I was working in a job I really enjoyed and made the decision to leave Eastman Kodak to start my own company. At 40 years old I found the job that I loved and it’s only because I had the strength and confidence to change my career when I recognized I hated my job.

The fastest way to learn and grow is through the experience of others who are willing to share. Mentors don’t have to be bosses or managers but I always picked people who I considered great leaders as my mentors.

They were/are people who shared similar values and have proven themselves to be successful in their career. If you’re doing things the right way it won’t be too long before someone considers you a mentor. I can honestly say in the times that I was waiting for the next promotion or published success it was being a mentor that sustained the confidence that I was headed in the right direction.

8 – Build a Business Case for Change Based on Facts

I used to work for a guy who liked to say if you want people to change and improve the way we do things you have to create a crisis. While I have to admit he was very successful using this strategy creating a crisis never sounded truthful to me.

I have learned that change simply requires a business case that people will understand. If you believe you need to improve equipment reliability and lower maintenance costs then measure the OEE & TEEP (Overall Equipment Effectiveness & Total Effective Equipment Performance) and show your people where the manufacturing losses are for the asset.

One of the greatest things I learned from Covey’s book is I was wasting a lot of time complaining about things outside my circle of influence. As an example I truly hate the dysfunction of our political system in Washington, D.C., I could rant for hours about financial waste and the damage the far left and right have done to prevent progress but in reality how much influence do I have over this chaos?

Even if I were to sit and write a letter to a Senator or Congressman it would be answered by a robot! Don’t waste your time trying to change things that are outside your circle of influence.

10 — Whatever You Do, Find the Good In What You Do

I learned this working on a farm as a teenager, some days you drive a tractor and that’s not bad, other days you’re on the clean end of a pitch fork cleaning poop from stalls. Either way you have to find some good in what you are doing.  Once you find some good you might then find a way to enjoy what you do.

In my career I have worked in a number of jobs, in over 30 years there was only one that I hated and 1 that I loved.  In the rest of that time I have to say I enjoyed what I did because I was able to find what I call the good in what I did.  In pitching poop, if everyone refused to do the job some poor cow would eventually run out of space (I have seen this happen to horses and it was not pretty) and soon they would be stuck out in the hot or cold.

The value of finding something good is it sustained me, when you’re 14 years old and you live in the country you don’t have many options to make money.  What I did helped the family I worked for, the crops and livestock provided food for hundreds of families, I had a blast with the guys I worked with and in the years I worked on that farm I developed a work ethic that quite honestly I don’t see in a lot of people.

Find good in what you do, work hard at it, you will sleep well at night and be on your way to a successful career!