Discovering what Inherent Reliability is all about is as easy as watching a couple of raccoons!

Watch how two raccoons rescue themselves once we provide them with the right tool…and then they serve us up an excellent lesson on equipment Maintenance and Reliability. END_OF_DOCUMENT_TOKEN_TO_BE_REPLACED 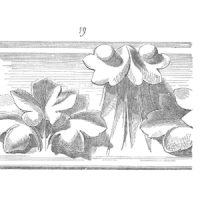 Why is Nobody Talking About This?

I had to learn a lot to become a transformer reliability leader. I have an engineering background and a transformer maintenance and testing background, but to be the practitioner I wanted to be I had to get educated. I sought out reliability knowledge. I found much of that knowledge through reading and research. It started with Google searches and Wikipedia articles, and it eventually led to half-a-dozen subscriptions to magazines and journals related to the field. It’s incredibly important to keep up-to-date with the industry and with reliability. END_OF_DOCUMENT_TOKEN_TO_BE_REPLACED

Is the 5-Ys a Valid RCA Tool for Significant Events?

I think that 5-year olds had a lock on 5Y’s well before it became a ‘named problem solving tool’. How many times have our kids at that age asked ‘Why’ about everything?

How many ‘Why’s’ do we answer before we say, ‘I don’t know, go ask your mother or father!’

Again (to me), the traditional 5-Y tool is technically incapable of expressing multiple paths of logic that occurred simultaneously. It treats failure like it always happens in a linear pattern (never multiple, simultaneous paths). END_OF_DOCUMENT_TOKEN_TO_BE_REPLACED

The Net Present Value Method: Measuring the True Value of an Investment

In the previous three articles, we’ve examined the Break-even Analysis and Pay-back Period methods (Part 1 and Part 2) as means of evaluating capital investments. While these back-of-the-napkin methods are excellent starting points for analyzing investments, they’re both poor ending points. Neither provide a reliable basis for comparing investments side-by-side. And neither tell you how much value an investment is adding to your organization. END_OF_DOCUMENT_TOKEN_TO_BE_REPLACED

Black Swans and the Coronavirus

The term Black Swan has been used frequently.  This is particularly so, with respect to the Coronavirus. In an earlier piece, I discussed the term Black Swan. Given the increased use of the term in the current circumstances, it is worth revisiting the concept. END_OF_DOCUMENT_TOKEN_TO_BE_REPLACED

Root Cause Failure Analysis (also called, Root Cause Analysis) is great for eliminating the causes of failures. It’s usually used where there are major production, cost, safety, or environmental consequences. But it only deals with failures that have already happened – it is usually triggered by the very consequences you would have been better off avoiding altogether. END_OF_DOCUMENT_TOKEN_TO_BE_REPLACED

My Subaru Forester keeps serving up inspiration when it comes to Maintenance and Reliability. On my way to work, my Low Fuel Light illuminated. I had a choice…stop for gas and make it to work…OR…ignore it and get stuck on the side of the road? A no-brainer, right? Then why, in the Maintenance and Reliability world, do we often find ourselves stuck on the proverbial “side of the road?” END_OF_DOCUMENT_TOKEN_TO_BE_REPLACED

It is well known that chloride stress corrosion cracking (Cl-SCC) of stainless steel is caused by the combination of (1) aqueous chlorides, (2) stress and (3) temperature. Yet even with great awareness, Cl-SCC still manages to sneak up and cause many surprise failures. Here is a failure analysis case study to summarize the key factors causing this corrosion cracking mode. END_OF_DOCUMENT_TOKEN_TO_BE_REPLACED

The Human Being: Asset or Liability?

We all can relate to hearing our leaders refer to their workforces as ‘their greatest asset’. We can even go to the annual 10K reports and read about it in the CEO blurbs on the front pages. Are these statements genuine, is the human being an ‘asset’?

In that same 10K report we can flip a few pages down to review our income statements and balances sheets to quickly confirm that the human being is listed as a ‘liability’ and that our equipment is our defined ‘assets’. This is consistent with our Generally Accepted Accounting Principles (GAAP). END_OF_DOCUMENT_TOKEN_TO_BE_REPLACED

“Engineering is behind schedule on this new size. This happens every time. This is the 3rd size that is delayed. How are we ever going to get this product line to the market?”

Have any of these statements or questions been directed to your team in a design review or stage-gate meeting? If you are an engineering leader, you may have to explain schedule delays, reliability issues, and cost overruns. How can you avoid this uncomfortable situation? The answer may be simpler you may think. END_OF_DOCUMENT_TOKEN_TO_BE_REPLACED

[This article is the third in my COVID-19 series, helping organizations and people conquer the crisis. The first two can be found here and here.]

After the initial response to the emergence of COVID-19, businesses will have to organize themselves to survive the impact of COVID-19.

For countries that have successfully ‘flatten-the-curve’ and relaxing their social isolation, businesses will have to resume and ‘normalize’ their operations. END_OF_DOCUMENT_TOKEN_TO_BE_REPLACED

Reliability Centered Maintenance has been around since the 1970’s and it has proven to achieve amazing results wherever it has been used properly. As a reliability method, it guides decision making based on available evidence about past, and expected future, failures. It makes sense that failure data be part of that evidence. But do you need a lot of data? END_OF_DOCUMENT_TOKEN_TO_BE_REPLACED

When it comes to Maintenance and Reliability, here’s how to avoid a (very expensive) trap…

The fundamentals of Maintenance and Reliability are being cast aside in favor of advancing technology that promises things like reduced maintenance and decreased costs. It’s easy to get caught up in “shiny object syndrome” and that can be a (very expensive) trap. Start from a position of strength and arm yourself and your team with… END_OF_DOCUMENT_TOKEN_TO_BE_REPLACED 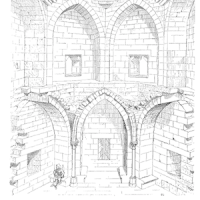 Once an ostrich sticks its head in the sand, any risk it might be facing is gone, right? Of course not!

I believe we are living – relative to electric system reliability – with what we call the ostrich effect. Most of us have our heads stuck in the sand. But guess what? The sand is crumbling, and the ostrich is starting to see things; things he can’t hide from anymore. END_OF_DOCUMENT_TOKEN_TO_BE_REPLACED