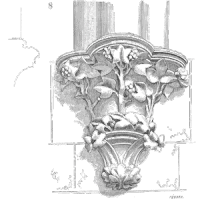 The Weibull distribution is both popular and useful. It has some nice features and flexibility that support its popularity. This short article focuses on 7 formulas of the Weibull Distribution.

The scale parameter is denoted here as eta (η). It is defined as the value at the 63.2th percentile and is units of time (t).

The shape parameter is denoted here as beta (β). It is also known as the slope which is obvious when viewing a linear CDF plot.

One the nice properties of the Weibull distribution is the value of β provides some useful information.

When t ≥ 0 then the probability density function formula is:

The m(x) function provides a means to estimate the chance of survival for a duration beyond some known time, t, over which the item(s) have already survived. What the probability of surviving time x given the item has already survived over time t?

This is the cumluative failure rate from time zero till time t, or the area under the curve described by the hazard rate, h(t).