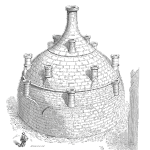 A fault tree analysis (FTA) is a logical, graphical diagram that starts with an unwanted, undesirable, or anomalous state of a system.

The diagram then lays out the many possible faults and combination of faults within the subsystems, components, assemblies, software, and parts comprising the system which may lead to the top level unwanted fault condition.

An FTA shows the many possible cause and effect paths to a specific fault condition.

For example, a laptop computer may have a top-level fault of not turning on. A few possible causes are a dead battery, faulty power distribution circuitry, or a broken power switch.

By graphically portraying the various paths to the top level fault you may be able to:

The development of an FTA should be accomplished by a team.

While an individual could construct a fault tree, bringing a group of individual with deep knowledge of the various elements of a system will result in a comprehensive fault tree.

Furthermore, the team gains the insights through discussion of system response to potential faults. This may result in the identification of additional experimentation or modeling to fully characterize system behavior. Or, it may reveal potential improvements to the design or improved mitigation to potential faults.

The initial construction of the fault tree should take place early in the system development process. Ideally, the initial work begins just as the basic system architecture and essential functions are defined.

As the system development defines subsystems and specific components, the team should refine the FTA and use the tool as a guide to avoid increasing the probability of the top level fault occurring.

Elements of a Fault Tree

A fault tree is a top-down, graphical, logical model depicting the various ways a specific fault may occur and is made up of specific logic symbols.

The logic gates provide a means to relate the various lower level faults as they progress to the occurrence of the top level fault.

There are three groups of symbols useful when constructing a fault tree.

Conditioning Event —oval: specific conditions or restrictions that apply to any logic gate (used primarily with Priority AND and Inhibit gates)

Undeveloped Event —diamond: an event which is not further developed either because it is of insufficient consequence or because information is unavailable

House Event —house: an event which is normally expected to occur

AND — output fault occurs if all the input faults occur

Transfer in — indicates that the tree is developed further at the occurrence of the corresponding transfer out (e.g. On another page)

Symbols and descriptions from:

« In a World of “Black Swans”, How Do You Know Which One to Worry About
Software Reuse Considerations »