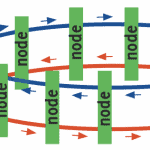 I have worked in the field of reliability for a good many years.  I have presented both beginner and advanced reliability engineering courses. I have even read several books. 🙂 But, across all this, component redundancy has never been explained beyond simple serial and parallel configurations.

So, it was a shock to my system to be presented with a scenario that couldn’t be solved using a simple parallel system.

My previous work had challenged me only as far as:

But now I was being challenged by a network that was none of these.

Computer networks have been developed that follow more expansive topologies.  For example:

Many papers have been published on the relative network reliability of these and several variants, but it was even more of a surprise when I could not find a solution to the specific scenario my client was using.

This topology defines that each node receives 2 independent data-feeds, and the system is considered to be functional if at least one data-feed is received by each node.  Multiple breaks in the data-feed are allowed, provided that each node links to the computer feed by either the forward or reverse data-feeds.  There is no cross-link between these data-feeds.

I have solved the network reliability for this topology and hope to present at a future reliability conference.  However, as a challenge, I invite you to provide a mathematical solution based on:

And if you identify an already published paper that solves the network reliability for this topology, based on R(t) for each segment, I would of course value a link.

I look forward to hearing from you.  Please contact me at Les Warrington

I will also publish a follow-up article on Accendo with my solution in a few weeks.

« Integrating ISO 31000:2018 Risk Management Throughout the Organization
Insights into Preventive Maintenance Made Simple with Doug Stangier » 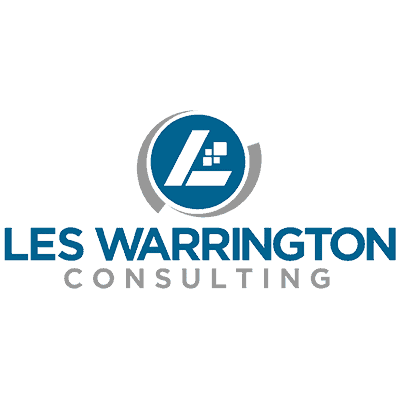 Achieving the Benefits of Reliability series 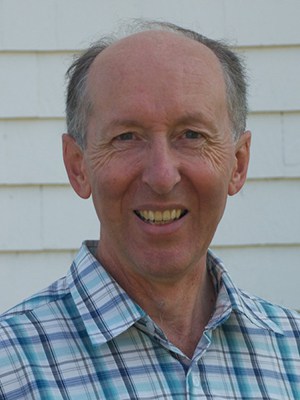