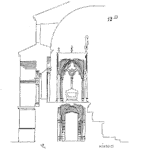 In 1968 NASA explored where machines and humans would best achieve tasks primarily during space missions. Many of the findings are true today, and in some areas, the differences are blurring.

Machines created by humans continue to improve and take on complex tasks, that once only humans could do. For example, parking a car, now a feature of newer car models. Autonomous driving is happening and continuing to improve. The ability to reason, to foresee and evaluate risks, once thought to be strictly in the domain of human capability is now being done by machines.

Chess, Go, and medical diagnosis is not strictly the evaluation of all future possibilities, it also involves understanding both the information presented and not presented.

Machines are physically stronger and faster than humans. And, with machine assist systems humans can walk and dance again. These exoskeletons also permit humans to outperform forklifts when moving heavy objects in tight spaces.

In the NASA report humans have superiority with:

The stars indicate areas machines continue to minimize the difference between machine and human.

Likewise in the 1968 report machines have superiority with:

Are machines better than human for work, exploration, and as a friend? Right now that is left to the work of science fiction authors to explore. Yet, many of the futuristic elements that unleashed machine’s power are coming true. Machines with artificial intelligence make coffee, play games, diagnose patients, and drive cars. There still are differences and some of those include situations where humans are superior.

NASA SP-6506 An Introduction to the Assurance of Human Performance in Space Systems,  Washington DC 1968.

« What Can You Do to Improve Reliability?
Eliminating early life failures »