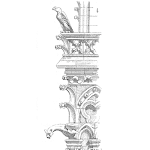 While I have a very uncommon last name, I come from a big family. The picture below is the family my grandparents grew by having three sons. Thomas (my father) whose family is dressed in red, Walter dressed in white and Robert (Mike) dressed in blue had 16 children between the three of them and as a result if you live or know someone who lives around Spencerport, New York there’s a good chance they know a Plucknette or two.

Over the past month or two I have been working with my oldest daughter Kate to write my parent’s story. As part of America’s greatest generation, their lives included sacrifices from the time they were small children. Fathers and brothers who went off to war, the rationing of food, gasoline, rubber, metal, cars, bicycles and shoes. The scourge of the polio epidemic and the possibility of having their children drafted into the Vietnam war. To say they have sacrificed is an understatement, but they have done so throughout their lives with their heads held high. Proud to be Americans they are a generation of leaders who in spite of sometimes having political differences, they understood what it means to choose country over party. That compromise and sacrifice go hand in hand and in the end, what is good for everyday hard-working Americans is good for America.

So, here we are today in the year 2020, 75 years after the end of World War 2 fighting a virus that has spread to nearly every country on our planet and the Greatest Generation continues to sacrifice. Now in their mid 80’s, my parents sit at home and watch in frustration as our elected officials fight for their time in front of the news cameras so they can blame the other side for their own inaction.

Unwilling to compromise and unwilling to sacrifice, they have chosen to stroke their own ego’s over the health and welfare of our great nation.

In a time when my parents don’t have decades of life left, they watch their great-grandchildren write messages of love on their sidewalk and driveway while our inept elected officials squabble over who should get the money from legislation that will only put our nation further in debt.

How about we just make it 3 trillion instead of 2? It’s money we don’t have any way so what can it hurt? With that done, we can make both sides happy and start working on a ways that might allow this big family of mine to get together once again, greet one another with warm hugs and kisses and sit side by side with a generation who taught most of us what it means to love each other and this great country of ours.

So, to our Representatives in Washington DC, the time to fight, finger point and grandstand is over. Step away from the cameras and microphones, get your asses back in the chamber and get the damn job done!

To my fellow citizens, I really don’t care what party you support, stop playing the game and pretending this is a one-sided game. Call your Senators and Congressional Representatives and tell them to GET TO WORK! Remind them all that this country was built on two concepts, compromise and sacrifice!