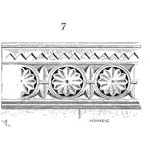 A simple assumption in many experiments is to assume the variable act independently on the response.

This means when I change the temperature a little in a polymer dryer silo that time to achieve a certain dryness goes down. And, changing the humidity or airflow rate or pressure either do not change or as they change has no impact on the relationship between temperature and drying time.

Hold on, even those not with little knowledge of polymer drying are probably saying, temperature, pressure, etc are most likely related and in certain combinations will impact the drying time differently.

The set of variables may combine or interact to create a new variable that we should consider.

When first learning about design of experiments we often learn about the simple example of three factors (variables) each with two levels (settings).

In the polymer drying example, we may well suspect some impact of interactions, and the changes to the response are going to occur.

So, where do those results appear? And, is it possible to detect the interaction results?

We can answer the first question based on the design of the experiment. The second question is no, not unless we specifically take steps to measure the interaction term.

Confounding is when the effects of two or more factors are not separable.

It is this mixing of results that we are unable to separate that is confounding.

If we suspect that temperature and airflow rate may have a combined effect on the response, then we can create a design that does not include humidity in column C.

Instead, we assign temperature to column A and airflow rate to column B and assign the interaction term AB to column C. In the creation of the experiment the AB term is a factor. And the analysis will provide the response associated with AB without being confounded with humidity since humidity is not part of the experiment.

Each DOE design will have some amount of confounding thus it is important to consider interaction terms and where the response due to those terms will appear in the analysis.

Treating known or suspect interactions as factors permits you to avoid confusing results in your experiment.