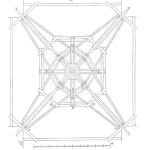 For those that are football enthusiasts and looking forward to the upcoming Superbowl, we are intrigued by the recent scandal in the NFL. The scandal involves the allegation that somehow the New England Patriots’ footballs used in the game against the Colts last week, were deflated and did not meet the minimum PSI requirements of the NFL to be ‘legal’ for game use. The allegation involves the possible tampering of the NE footballs to attain that ‘deflated’ state. Conceivably this would make it more desirable to throw and catch in the conditions of the game.

For full disclosure, I am not a fan of any team that was in the play offs, so I have no skin in the game :-)…no pun intended.

However, I am in the Root Cause Analysis (RCA) game and the allegation is intriguing from the investigation standpoint.

Just for your consideration, this is the FACT we know as reported in the news.

‘ The New England footballs (12 of them) were measured for pressure after game. This was a result of allegations made during the game. 11 of the 12 footballs tested did not meet the minimum NFL psi requirements.’

At this point, here is what we don’t know and what investigators (RCA Analysts) should be asking?

I don’t know where this scandal will end up, but these are the questions that go through the minds of investigators when such incidents occur!

Do you have any of the answers to these questions? If so, please chime in and we can do an RCA on the fly!