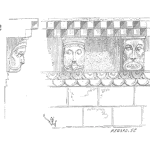 The ability to assemble a system to meet the functional requirements is constrained by the design, the materials, and the tolerances.

Some designs are impossible to assembly. While other designs take little effort to build. The discipline of design for assembly, DFA, applied during the design process can enhance the manufacturing process.

During my studies, I took a course on design for manufacturing. One of the lessons was on DFA. The professor placed two boxes on a table. From one box he removed over 300 components of a 1965 era hand-held power drill. It was disassembled as he professed an inability to reassemble the device. The power cord attachment within the drill body included about 20 individual parts.

In contrast, the other box held 18 parts which made up a 1985 era hand-held power drill. It was quickly assembled by the professor as he pulled the individual parts from the box.

We later estimated the ’65 drill would take a trained technician close to an hour to assemble the device, whereas the newer drill would only take an unskilled operator a few minutes to properly assembly.

Boothroyd and Durhurst published the book Product Design for Assembly in 1987. In contained a set of guiding principles along with a scoring system to assess a design for ease of assembly.

In a summary of the DFA tenets, Boothroyd describes two important step for the DFA technique:

The basic DFA process involves asking three questions for each part in an assembly:

Part count reduction simplifies the design and the assembly process. Instead of a bolt, 2 washers, lock washer and nut, by removing the need to fasten two-part by forming the two elements as one part, reduces the assembly part count by 6. Plus removes the need to align the two parts, fit washers, etc into place and secure the nut to a proper torque. In the paper, Boothroyd exams a range of design options that illustrate the potential savings.

In some cases, a new component is more complex to fabricate, thus more expensive. Consider not only the reduction in part cost, also consider the reduction is assembly costs. If an assembly takes longer to assembly, it costs more in labor.

If the assembly requires turning, aligning, special jigs, or inspection techniques, it costs more to assembly. In many cases, the added expense of a component is more than offset by the savings in assembly and inspection costs. Plus, there are savings due to increased manufacturing yield and product reliability.

The basic premise for this step is to essentially create a design that self-assemblies. “So easy to build, all we have to do is place the parts in a bag and shake.” After seeing the ’65 versus the ’85 vintage drills, the later unit was pretty close to the self-assembly state.

The assembly process should avoid:

The basic message if considering design for assembly is the focus is on the design. The design of the product dictates the assembly process options.

Why do Tolerance Analysis (article)

DFX as an Approach (article)