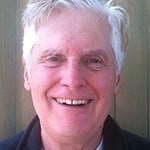 This has been one of the most disruptive week ins recent memory [late January 2020] – at the individual, country, and global levels.   I’ll go through a couple of these events.

In the United States, we have had  the Trump impeachment trial. We’ve had 24 – 7 news coverage on the smallest items in the impeachment. People in the U.S. are polarized, may be even traumatized by the blow-by-blow reporting.  More risk in the political process.

In many ways, the impeachment trial in the US Senate is a show trial by Democrats. The Republican Party has the majority of votes in the Senate so there is little chance that the president will be removed from office. However, his integrity and electability may be damaged

Davos hosted the World Economic Forum this week. It’s a yearly event for global oligarchs.  They come together to pontificate and problem solve world issues.  The number one issue this year was climate change.  Everyone was aware of it.  Many promises were made.   The world’s number one disrupter and probably denier, President Trump, did not address key climate issues.

The fires in Australia continue with over a billion animals killed and the fire season is only half way through. A partner of ours sent us pictures of the drought.  The fires are in the news nightly.  It’s interesting that discussions in Davos amplify the importance of the what’s occurring in Australia where they’re suffering both drought and very high temperatures

Finally, China introduced us to the Coronavirus.  Sixty million people are quarantined.  This is everyone’s personal nightmare and risk scenario. Lots of questions:  Is the virus man made in Wuhan’s biological warfare facility or did it originate in Wuhan’s animal market. The people who know are not telling.  Will I be next?

So, the risk drumbeat continues….

« I really hate this… really.
Stop doing too much maintenance »