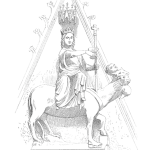 “Who says they don’t care?”

That isn’t exactly how the conversation went, but you get the picture. A relatively new employee, who is about to embark on his transformer reliability career, was parroting my own words back to me. I didn’t think I said that a lot, though. Maybe once or twice? Maybe more often than I think?

Actually, I probably say something along those lines a little too often. And I mean it. Why don’t people seem to care about their power system reliability?

By people, I mean leadership. Why don’t the leadership at industrial facilities care as much about transformer reliability as I want them to? I think it’s because they don’t know what they don’t know. It’s a blind spot. They know about risk and reliability of most of their major assets those assets have been front and center in their CMMS for decades. EAM systems are all about asset management and maximization.

So how has the lonely transformer slipped by unnoticed and unloved? I think it’s because transformers have been too reliable for too long. Transformers bought before 2000 have been the best buy in asset purchases. In fact, transformers manufactured in the 1970’s were way overbuilt, and we have become too dependent on that fact. That trend, however, has been over for decades.

In recent years, transformers have not built to the same high standard as their 20th century counterparts. For example, we see growing evidence that the failure rate of transformers purchased in the last decade have been anything but as reliable as those from the past. Loss ratios for newer units are sometimes greater than they are for transformers over 20 years old.

So how do we get leadership to sponsor a good transformer reliability program? One way is to provide them with a Reliability Audit. An audit takes into account critical factors, and a pattern emerges. From that pattern, maintenance budgets and capital budgets can be planned.

One thing I do know about leadership is that we love to know that there is a solid, workable and well thought out plan in place for major asset management.

It’s all about knowing the health of your system and planning accordingly.

« The Moving Target of Excellence
Modeling in Chaotic Environments »