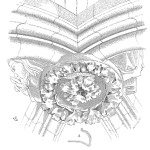 In 1981 I was hired by our area’s largest employer at the time as an incoming apprentice. The day I was hired my soon to be wife and I celebrated she as a schoolteacher and I now had lifelong employment.  We could now get married, buy a home, and start a family. In three years it took for me to complete my apprenticeship and for her to complete her master’s in education, we did just that.  Life for this young family couldn’t have been better.

And then the layoffs started.

When you work for a large company little is done to soften the blow of learning your company, that employs well over eighty thousand people locally, is about to issue pink slips to 3,500 people in the next month. Hearing the news for the first time scared the daylights out of me. I was 24 years old, and with simple math it was easy to determine there was no way to afford the monthly bills on one income. Being the youngest employee with the least amount of time in the department you convince yourself that you’re likely the first person on the chopping block. At night, one hundred different scenarios run through your head and the lack of sleep leaves you mentally exhausted.

What will I do?

How will we survive?

I  worked up the courage to talk privately with your supervisor to ask about the criteria the company will use to determine who gets pink slips.

“I’m guessing they are looking for dead wood. Poor performers, people who have been put on final notice, employees with attendance issues.”

It’s silent for a few seconds. I’m processing what I have been just been told.

“You’re not to speak a word of this. Not to your wife, your family…not anyone. You’re not on the list. You weren’t even close. Now get back to work and for God’s sake get some sleep at night.”

It was the only time I was ever given a clue.

Over the next 16 years, a new round of layoffs was announced nearly every six months. The company who for 100 years was known for providing members of our community the opportunity for lifetime employment was clearly failing. Eight years in, those who were impacted were no longer “dead wood” and while I had advanced and been promoted through the years, you never become comfortable with the reality that it could be you. I knew at some point I had to take control of my own career. This became evident the day I was asked to inspect the belongings of those who have been given pink slips and to escort them out the gate.

Nothing prepares you to witness the devastation of someone’s life. What it’s like to see  fellow employees, some who have worked for this company more than 25 years come out of an office with paperwork in hand and you know you’re the guy who gets to inspect their tool box that will be shipped to their home and walk them out the gate to their car.

One was angry and made plenty of threats on our walk only to shake my hand and wish me luck in the next round as he got in his truck.

One was silent. He never said a word.

The last seemed indifferent until we got to his car and then he sobbed and wondered out loud about how he would for his kids education. I don’t think the lump sum will cover it. We’re going to need some of that to live until I find another job.

It was that day I new I had to finish my education. It was that day I came to realize the only way I could ever handle being walked out was to do my best to be prepared. I understood the fact that in the area I lived in, there were hundreds who had an identical resume. Being recognized as a leader by a failing giant wouldn’t cut it. So maybe showing you took the initiative to complete a degree would.

That same day, I also finally admitted the company I loved working for didn’t give a shit about me.

Accepting that as the truth helped me to focus on what the important things in life were.

It took me just under three years to complete my degree and gain the confidence to walk into my boss’s office one December morning with an ultimatum; a $40,000.00 a year raise, or I would be leaving in two weeks. Incredibly, he actually tried to get me that raise and the day I left he told me if things didn’t work out, he could hire me back at the rate I had requested.

I never looked back.

Today as I read the news of another company announcing layoffs, I think back on what a difference it made to take control of my career and I hope that others will come to that same recognition.

Care about your family, your happiness and take control of your career.  While you’re doing that, work hard, show up everyday looking to improve how we do things and find a way to make work enjoyable for those you work with.

Doug Plucknette is the President of Reliability Solutions Inc. and the creator of the RCM Blitz™ Method. Doug has published over 100 articles on Maintenance, Reliability, Leadership and Continuous Improvement Methods. He is the Host of The Leadership Connection and was recently recognized as on of the Top 100 People in Maintenance to follow.

« Do You Know These Dirty Secrets of Effective Communication?
A Different View of the Swiss Cheese Model »