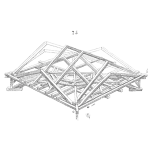 In system modeling and fault tree analysis (FTA) we use a set of similar calculations based on Boolean logic, the AND and OR gate probability calculations. Within FTA, the AND and OR gates are just two of many possible ways to model a system. Within system modeling, often reliability block diagrams (RBD) we model parallel and series elements of a system.

In order to do these basic calculations, we need to consider a few assumptions then proceed to the math.

A key assumption for AND & OR gates as well as series or parallel system modeling is the individual components, or failure mechanisms are independent. This implies that a change in the probability of one event does not change the probability of other events.

For example, if one component begins to fail it may heat up to near its maximum rating, thus increasing the probability of that component failing. If that increase in temperature also increases the chance of nearby components to fail or other failure mechanisms within the component to accelerate toward failure, then the items are not independent.

The way I think of this if each component in a system behaves on its own, reacting to loads, use, and the environment as it navigates applied stresses toward its eventual failure. Within a single component, I think of the many ways it may fail, the many failure mechanisms, and if each mechanism behaves separately from other mechanisms, it’s simply a race to sort out which causes the component to fail. Same with a system, the components are racing to be the first to cause failure.

This brings up another assumption. In these simple models, we are modeling time to first system failure. System failure as with AND gates or Parallel systems there may be more than one component failure before the system fails. We are not modeling a system with degraded performance nor with full or partial preventative or corrective maintenance.

Finally, we are modeling the system or set of elements over some defined duration. An unfortunate common practice is to assume, falsely, that a failure rate for components is true over time. No, it is true over some amount of time. A good practice is to set the duration(s) of interest for the modeling, plus define the use/environmental conditions, along with what is meant by failure.

Depending on your model and system there may be other assumptions involved. In all situations, be clear about what is being assumed and why.

OR gate or Series System Calculations

Here we are modeling a system where if any one component fails the system fails. Likewise, if any individual failure mechanism within a component causes a failure, the component has failed. We often use the chain analogy, where the chain fails if any link in the chain fails.

In RBD, where we are often modeling reliabilities, the math is simply the product of the component reliabilities.

For an OR gate if any one element fails then the gate fails thus the probability of failure for the gate is:

AND gate or Parallel System Calculations

In this case, the model is considering redundancy within the system. If one element fails, and other elements are still functioning then the system continues to operate. Of course, there are more complex ways to design a redundant system, yet for this simple case in an RBD the probability of success, the reliability, the calculation is:

You may have noticed the formulas are similar and it is easy to miss the 1 minus bit, or to confuse series and parallel along with the probability of success or failure. So, check your work.

One quick method to consider is if a model element requires only one element or component to fail for that part of the model or the system to fail, then you are dealing with a series system or an OR gate.

If the design of the system includes redundancy and more than one element has to fail before the system fails, then you are dealing with a parallel or AND gate.

Remember to first check your assumptions, then understand the system design, and double-check the math.