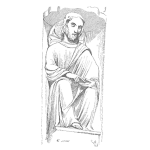 Back in August of 1987, there was a “convergence” that supposedly marked the movement from one age to a new age, the Age of Aquarius. And for those who are too young to remember, just Google the song. Oh, darn…now it’s in my head! But I digress. (Which you should get used to when reading this blog because I love digression for context.)

What does that have to do with the dawning of the age of IoT? Well, there are actually a lot of similarities.

I remember reading that some significant event would usher in a new Age of Aquarius, and just this morning I read two different articles that cited the dawning of the “Age of IoT”. (Hey, I think I’ll copyright that. Too late; someone already did.)

Will the IoT impact transformer reliability? That’s really the question I keep asking myself. Like the Age of Aquarius, is it hype or is it actually happening? Maybe it already did, and like the movie, we got Left Behind. Wouldn’t that be funny? (Or sad? Or both?)

Check out this slide I used in a presentation at the recent SMRP conference:

So, clearly, it is happening. But it is also hype, because most critical transformers would never have this many monitoring options, Internet based or not. But there is a new day that has dawned, and that day has the potential for creating massive amounts of unrelated or uncorrelated data in a world where we don’t even pay much attention to the data we already have.

For transformer reliability pros, I am convinced it changes everything.

« Smooth Schedules
5 Tips For Improving RCM With A CMMS »