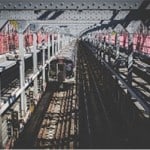 Excluding primary practices that still prevail in most industrial companies, the evolution of MRO Materials Management Technology can be summarized in three technological waves, as shown below.

There are many grave technological limitations. However, in view of room limitation, I will mention just two of the most relevant and easy to understand limitations.

First: Suppose there are two items with exactly the same characteristics and replenishment lead time, and each is equally important to the plant operation. One costs $100 and the other $2,000. If we are attempting to allocate a fixed budget to obtain the highest possible availability for the plant containing the two items, we should presumably buy relatively more of the inexpensive item and fewer of the expensive one. However, and oddly enough, as cost is solemnly ignored, both items would be warranted equal stock level and equal protection (service level or risk of shortage).

Second: Regardless of the demand pattern or volume (erratic, low, medium or high) for each one of the thousands items in inventory, the demand is assumed to be adherent to the normal distribution (Gauss). This certainly does not require further explanations on the grounds of the irrationality behind such assumption.

All ERPs, domestic or imported, fall in this technological stage.

It adds two improvements to the first wave. The first is that demand is assumed to be adherent to other distributions, especially so Poisson and Bernoulli, ignoring the fact that these two distributions are unable to adequately handle items with erratic, trend or seasonality demand patterns.  The second is to allow automatic recalculation of the inventory control parameters. Despite these two point improvements, it stops in the limitations inherited from the first wave.

In this case, I refer to a technological breakthrough whose focus is on what really matters: the achievement of a trade-off between inventory investment and operational availability of the assets.  For this, it makes use of cutting edge technology embodied by complex algorithms and heuristics unparalleled in the specialty.

The paradox is that, despite being used with remarkable success for almost two decades in the segments of: defense, aerospace, aviation, oil rigs, rail, and power generation; this technology is still little known and little used in the industry in general.

In order to illustrate its effectiveness, if in your company the mean global service level is, say, 95%, the same performance can be maintained with an inventory investment between 20 and 35% smaller.  Add in increase in production and productivity, and reduction in operating costs, among other benefits.

From all the foregoing, the feeling that remains is that nothing compares with this revolutionary technology in the expectation that the domestic industry will adopt it and significantly increase productivity and competitiveness.

« Making Decisions That Work For You!
What Everybody Ought to Know About Work Order Closeout »