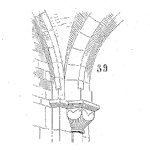 Reliability professionals today have a challenge. Engineering and operations staff members are taught to think for themselves, to make decisions, to get things done. The entire staff is highly educated, motivated and willing to lead a team or organization to results. In order to be effective as a reliability profession, we have to engage those independent and fast moving individuals. We have to compel others to listen to and understand reliability predictions, risk assessments and models. If they listen and act on the information we provide, they then may fully consider the impact of decisions on reliability performance.

Do you have authority or influence? Probably influence. If you are a highly sought after expert in reliability engineering, collaborating on major projects and working with groups across the company, do you have any authority? Or is all of your advice and coaching solely based on influence? If products and systems become more reliable with your input, does it matter if you are operating with influence or authority?

Consider how change happens. Changing the position of a light switch from off to on involved the physical force to flip the switch to the on position. Prior to that action you thought about turning on the lights. There was an intention, followed by an action. Prior to the intention, there is often a moment of need or desire. It was getting dark (a problem) and, wanting to read (objective), you decided to turn on the nearby light (solution).

Or someone just told you to turn on the light, interrupting your nap.

The simple light example initially involved only you. You determine the problem inhibiting a goal and find a solution, and then take action in order to achieve your goal. The nap interruption involved someone with the authority to compel you to take action on their behalf. Turning the light on may have actually created a problem for the goal of a 20-minute nap.

Let’s say two people walk into a dark room. You would like to show the other passage from a book. You could turn on the light and proceed. Or, if the other person is closer to the switch, you could exert some influence. A comment like, “I would like to show you something, please turn on the light.” In this simple example, the problem of not enough light may be obvious and the lights would come on. You have the goal, realized the problem, have the intention leading to a solution, and used influence to create action by another toward a solution.

Unfortunately, or maybe fortunately, the simple thought that ‘we need more light’ doesn’t automatically create the change in state of the power to lighting near us. Given our current system of power distribution and controls for lighting, someone would have to flip the switch. Change often requires other people to take action toward a goal they may not both understand or desire at the moment.

Influence and authority have the ability to cause solutions to occur. Authority does not require the need to transfer a goal and the proposed solution. Influence works well when we share and transfer the desire towards achieving a goal to another person.

In reliability engineering we often do not have authority. We cannot simply command the use of more reliable components. Via influence, we can achieve the goal of a reliable system by creating a common goal (reliable system) by clearly stating what the objectives of the goal are and why they are important. The influence continues with the use of reliability tools and engineering practices to propose solutions (a more expensive part withstands the expected stresses better than the current part). If we want this goal, consider this solution.

Of course, sometimes we rely on other engineers to find the possible solutions. By showing them the barriers to achieving the common goal, we also exert influence. Although note that when possible paths to solutions are seen as only highlighting problems, it may lead to loss of influence.

One way to think of reliability engineering is to determine what will fail and when will it fail. Inherent in that line of thinking is only the identification of problems. It is the ability to influence the entire team to take action, to achieve the reliability objectives that build on problems. Reliability engineers can identify problems using the range of tools available, and when they are barriers to achieving the reliability goals, then it is time to propose solutions, or at least paths toward solutions.