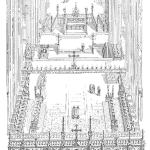 Valves can be used to both isolate and regulate liquid and gas flow.

Valve used for isolation duties must provide secure, tight shut-off. Consideration must be given to the nature of the process chemical, the quality of sealing and the impact of outside environmental occurrences.

The purpose of a valve

The purpose of a valve is for isolation or regulation.

Isolation valves seal the fluid off on one side of the valve. Regulating valves meter the flow through the body.

The construction of valves

The essence of valve operation is closing or opening a gap by moving one surface against another.

This occurs within the valve body. In the case of manual and actuated valves, a stem sticks out of the body and has to be sealed to prevent leakage. Figure 1 shows a variety of valve and seat sealing arrangements.

Valves are constructed to manufacturing standards that specify performance requirements for the materials used in the valve. The completely assembled valve is also required to pass leakage tests.

Both standards accept some leakage from certain styles of valve. Table 1 shows what is acceptable in API 598.

The test pressure used for most valves is 110% of the maximum allowable pressure for which the valve is designed at 38oC (100oF). But for butterfly valves, it is 110% of the design differential pressure.

This means when ordering butterfly valves, you must specify the maximum in-service pressure. The differential pressure rating is the ability to hold pressure from one side of the valve to the other. The allowable pressure depends on the materials from which the valve is made and the stresses allowed in the materials.

The test pressure is held on the valve for a specified period of time defined in the applicable standard. Table 2 is from API 598 for a high-pressure closure test.

More demanding standards are available. An example is API 6D, which allows no visible leakage during the test period.

However, manufacturers will find it difficult and costly to achieve such a standard for metal to metal seat valves. Valve manufacturer’s catalogs specify which standards they meet.

Fire testing exposes valves in the closed position, filled with water under pressure, to flames producing a temperature near the valve of 760oC – 980oC for a 30-minute period to establish a leakage through the valve to atmosphere.

After cooling the valve is pressurized with water to assess the pressure containing the capacity of the valve body and seats. If you require fire rated valves ask for test documentation.

What the tables above do not say is that metal seated valves larger than 2-inch may leak from day one and get progressively worse with use. For many services that may not be a problem.

However, for corrosive, hazardous and toxic gases and liquids, it is important to know that most metal seated valves leak. Picking the right valve type is critical for safe operation.

One option for more reliable isolation using all metal valves is to use a double block and bleed configuration. Two valves are installed slightly apart and a third valve is used to drain the pipe between them.

Look at the valve stem

The other location that can leak is at the valve stem. Check that the packing or sealing o-ring(s) is suitable for the service. An example is where the manufacturer installs packing for hydrocarbons but you require the valve for process chemicals.

In this case, change the packing to the right type for the process.

Beware of valve stems that are exposed to the process.

If a valve stem extends into the process fluid when closed, and raises when open, there will be a thin smear of chemical clinging to the stem as it wipes past the seal. The raised stem is now exposed to outside world conditions.

The process chemical may dilute with moisture in the air or from hose-downs and attack the stem or it may dry on the stem and cut the seal when next lowered.

Other operating considerations include: