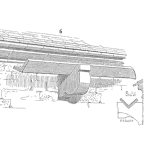 The “no brainer” opportunity

Let’s say that you run your own business. You have an opportunity to invest some money and get a payback that is more than your total investment within the first year (payback is more than 100% in the first year). Moreover, that payback will continue for many years. Would you invest?

Most entrepreneurs running their own businesses would say yes. After all, the proposition is a “no brainer”. There aren’t a lot of investments with such huge paybacks. Yet many managers in most larger companies won’t go for it. Why?

In answer – nothing, but many managers still won’t do it – it’s not their job. They may be afraid that they don’t have budget to pay for it and they don’t have responsibility over the areas where money is spent and where the benefits will be realized.

So, now let’s say that we can remove the budget constraint, then would that change the manager’s answer? Sadly, in many cases it does not. The manager’s role is to keep things steady and predictable, to follow processes and ensure established practices are used. They are not supposed to shake things up – quite the contrary. They are tasked with being risk averse. Many managers won’t go for the obvious “no brainer” investment, even if they are not constrained by budget. It is simply not their job and the decision to go outside of budget constraints is almost always above their pay grade!

If you are reading this blog, you are probably a technical person with reliability and maintenance responsibilities, likely a manager, in a company with a heavy dependence on its physical assets for success. Most readers are not operational / production people or even financial people. Operational people, like technical people, often lack education in finance and business. However, good finance people will know that there are many ways to provide financing for an improvement initiative and they don’t all require that you provide budget for them in the maintenance or production / operational department.

When a company wants new physical assets, something tangible that can be sold off if necessary, they can find financing – leases, loans, or they can simply put up cash. Usually those assets are treated as capital and gradually depreciated over a period of time, but if leased, the cash outlay is treated as an expense and provides more favorable tax treatment.

Improvement initiatives can be capitalized or treated as expenses – often the latter, and the money is shown in budgets, usually those controlled by those who must do the work (reliability, maintenance and operational departments). If the manager fails to put enough into his budget for the improvement effort, or if the budget for it is not approved, the initiative slows, stalls or stops. The opportunity to get that great payback is lost.

Of course many managers may lack the needed confidence that they can indeed make the initiative work. They may put money in their budgets for the improvements, but they won’t take it back out somewhere else where they expect to see the payback.

If the investment is required in maintenance and the payback is in revenues (not part of any maintenance budget), then there’s another barrier – organizational silos. There’s a good chance that the budget item won’t be approved because there’s no obvious payback in maintenance.  The payback is in another silo and budgeting is always done in silos. This holds many initiatives back!

Most reliability and maintenance improvement initiatives do not provide their quickest payback in maintenance. The quickest payback is probably going to happen in production (higher production levels) and therefore show up as revenues. Maintenance savings usually take a long time to show up because there’s just so much that has to be done before you can take advantage of the increased efficiencies and effectiveness of the reliability program.

A general manager may have the authority to make the initiative happen, but often they are from operational backgrounds and really don’t understand the finance nuances as well as you might expect. If they did, then we’d probably see far more improvement initiatives happening.

We really need to engage finance

Financial executives and managers have the right sort of business education and role. They are tasked with making sure money is spent wisely and in areas where it will do the most good. They understand payback and they typically have responsibility for the financial big picture. If they need to spend in area A to get payback in area B, then they can do it. The managers in areas A and B are stuck with only their part of the picture and their budgets. Often, they don’t even get to see the big picture, let alone make big picture decisions.

So now let’s make an offer to your CFO or EVP of finance.

Here’s a $20 million dollar project that will pay for itself in the first year and keep paying back at levels exceeding $20 million per year well into the foreseeable future. Like the entrepreneur he can see the obvious benefit, but he’ll still wonder where he’s going to find the $20 million. If he had it, he’d probably say “yes” and go for the gold – he’d be crazy and even fail in his fiduciary duty if he does not.

Now we offer him outside financing that does not require payments before the payback starts to come in and keeps those payments below the level of benefits that are being realized. The initial $20 million investment is treated like a line of credit. As the costs of the initiative accrue, the balance of the LOC increases. If the payback is expected to start in month 6, then the first payment against the LOC is at the end of month 6. The amount of the payment is set below the amount of payback so that the initiative is effectively paying for itself. That payment continues until the LOC is paid off. That time may be longer than the time it takes to make the improvements and it can always be paid off early. The project remains cash positive for the whole project and the payback continues beyond it.

Financial people will see that as a good deal and it is possible to set that up if the company has sufficiently good credit to allow for the LOC.

Conclusion and call to action

Reliability and maintenance improvement projects, if well thought out and crafted, can provide amazingly high returns on investment that would be attractive to any investor. They are actually quite easy to finance if the business case is sufficiently well put together and if the confidence exists that the company can indeed pull it off.

If you believe you have a big cost saving and revenue generation opportunity that can be realized through improved asset reliability and more efficient maintenance, then you have the sort of opportunity described above. As a technical or operations manager, you probably need some help to quantify the benefits and scope the improvement initiative. That is best provided by specialists in this larger scale improvement initiatives. The initial investment in doing that sort of up front analysis is not very high and probably something you could, if you have to, even hide in your budget!

« Your Risk Assessment’s a Thermometer, Not a Crystal Ball!
What is Maintenance Workflow? »