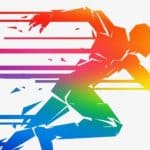 A comprehensive reliability engineering program for a new product is a large investment.  Not just in dollars, but more importantly, in time.  No matter if you are a Fortune 500 company or a startup in your second year, time is always the freight train bearing down on you without mercy. I am going to give you a simple recipe I use for making a highly reliable product when that train horn is blaring and only getting closer.

This is what they do:

Highly Accelerated Life Testing (HALT) provides design robustness recommendations in less than a week with an investment of three prototypes and $8,000 of lab expenses.

Accelerated Life Testing (ALT) characterizes your primary wear-out failure mode for the design. Not knowing when the product’s life will end is one of the biggest questions in any program. ALT can answer that question and it can be completed in just a few weeks or months. This time is not a burden because ALT is happening in parallel to other program activities, and with little attendance. Keep in mind that cost varies significantly depending on product type because testing sometimes requires larger sample sizes. It would be safe to estimate around 15 to 25 units and $300/day for lab time. If your product costs $150K/unit, don’t despair, there is always a way to test with specialized sub-assemblies.

Reliability Growth (RG) provides a statistical confidence that your design will perform to its reliability goal in the field.  This is the second big question, “is it good enough,” that is always lurking as a program progresses and big decisions on resources and timelines are being made. In my opinion, RG is totally free.  You can test as many or as few units as you like and the time invested would have been spent anyway.  In actuality, more time is usually spent without RG because the initiative to demonstrate reliability is neither organized nor efficient.  RG is pretty much just accomplishing what you were going to attempt anyway, demonstrating confidence in reliability before shipping, but doing so using a proven, highly efficient, and effective method. It takes longer to build a house without an architectural plan than if you had simply stopped and taken the time to make a plan first.

So, when do we implement these three powerful tools?

ALT can be implemented as early as at first concept.  It does not necessarily need a completed design.  If we do our homework and can determine the primary wear-out failure mode and its primary stress to failure mechanism, physics of failure, we can simply create a sample that demonstrates just the mechanism. At this point, we can start our test.

HALT can be carried out as soon as the first prototype is available.  We aren’t looking for a completed design, and in fact, that is not optimal.  The Beta, or manufacturing prototype phase, is usually too late in the process to provide input that can be implemented without a case for mitigating a disaster. Making that case is almost impossible and at that point we would have already lost the opportunity for changes that we know surely would mitigate those unforeseen incidents.

RG can be started when we have a system that represents about 85% of what the final product will be.  That point is usually at Beta or just before Manufacturing prototype. It continues long into the product’s actual field life as field data gets integrated into the model, continuing to provide valuable information about design performance.

Budget out time and test units for HALT to be used in the prototype stage.  Don’t negotiate and try to squeeze it in once everyone is already scrapping to see who gets to use the first prototypes.

For ALT, have the team sit down and combine their engineering smarts to identify what the primary wear-out physics of failure is. You can start when the design is only a napkin sketch.

For RG, educate the team on how a Reliability Growth program works. Do this no later than the prototype phase; the knowledge needs to ruminate and influence initiatives the team was already planning on. Once a team understands RG, it is shocking how easily an RG program manifests itself out of nowhere. It’s a lot like watching a flower bed bloom from seemingly nothing, all that was needed was to drop a handful of seeds in the ground a few months earlier and let nature take over. RG works itself out like this because it’s simply doing something that the team intended to do anyway, but in a manner that is planned out in advance using proven methods. Plain and simple.