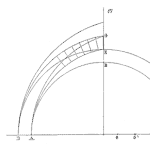 Excluding primary practices that still prevail in most industrial companies, the evolution of MRO Materials Management Technology can be summarized in three technological waves, as shown below.

There are many grave technological limitations, here are two that are particularly relevant and easy to understand.

First: Suppose there are two items with exactly the same characteristics and replenishment lead time, and each is equally important to the plant operation. One costs $100 and the other $2,000. If we are attempting to allocate a fixed budget to obtain the highest possible availability for the plant containing the two items, we should presumably buy relatively more of the inexpensive item and fewer of the expensive one. However, and oddly enough, as cost is solemnly ignored, both items would be warranted equal stock level and equal protection (service level or risk of shortage).

Second: Regardless of the demand pattern or volume (erratic, low, medium or high) for each one of the thousands items in inventory, the demand is assumed to be adherent to the normal distribution (Gauss). We know from the realm of Reliablity Engineering, that the very failures giving rise to parts demand can be normal, negative exponential or hyper-exponential. Is the Gaussian assumption not, therefore, inherently risky?

All ERPs today fall into this technological stage. They remain untethered to the realities of reliability distributions!

In this wave we add two improvements to the first wave. The first is that demand is assumed to be adherent to other distributions, especially so Poisson and Bernoulli, ignoring the fact that these two distributions are unable to adequately handle items with erratic, trend or seasonality demand patterns.  The second is to allow automatic recalculation of the inventory control parameters. Despite these two point improvements, it stops with the limitations inherited from the first wave.

Many inventory optimization tools fall into this second technological stage and they remain un-integrated with the ERPs.

In this case, I refer to a technological breakthrough whose focus is on what really matters: the achievement of a trade-off between inventory investment and operational availability of the assets.  For this, it makes use of cutting edge technology embodied by complex algorithms and heuristics unparalleled in the specialty.

The paradox is that, despite being used with remarkable success for almost two decades in the segments of: defense, aerospace, aviation, oil rigs, rail, and power generation; this technology is still little known and little used in the industry in general.

In order to illustrate its effectiveness, if your company experiences a mean global service level of say, 95%, then we have shown that same performance can be maintained with 20 to 35% less inventory investment. Add in the potential increase in production and productivity, and reduction in operating costs, among other benefits and it no small wonder that this capability is ignored by most! Yet in most cases, they simply don’t know what they don’t know.

There is an amazing opportunity in terms of increased productivity and competitiveness if we only embrace the second and third waves of MRO Technology and exploit them as they were designed to be exploited.

This article was written by David A de Castro, President of Brasman Engenharia, Brazil. He is a registered consulting engineer with an MSc degree in mechanical engineering. David has over 35 years of experience in maintenance and reliability engineering with large corporations and on-the-job training in Germany, Italy, Spain, Switzerland, the UK and USA. He has authored over than 20 technical papers on maintenance engineering and MRO materials. For the past 10 years, David has specialized in scientific inventory control of MRO materials and spare parts. The work has involved developing and implementing innovative best practices and analytical tools to process facilities all over Brazil. David is a lecturer of post-graduation at the University of Salvador, Unifacs, Salvador, Brazil.

« Project Risk Management: The Most Important Cornerstone
5 Tips on Getting Great Sleep »