When it comes to ensuring a task or deliverable is accomplished, we often see the word “owner” used.  Perhaps surprisingly, there really is no true ‘owner’ of anything in the context of program or project management.

We can begin explaining this with two adjectives:  responsible and accountable.

Responsible is simply the person responsible for completing the task or deliverable (response-able), and accountable is the person who provides the resource(s).

One can see how the term ‘owner’ doesn’t quite fit…what does the owner own?  Ideally, they might ‘own’ the task completion with good quality within the triple constraints (scope, time and cost), however:

Also, recall that your project governance model might involve a steering committee of project sponsors.

No doubt, a manager wants a resource to ‘take ownership’, however, a resource is often (involuntarily) given ‘ownership’.  Without true ownership, organizations might benefit from clarifying resources as responsible (response-able) and sponsors instead.  Rather than tagging resources as owners, a culture of responsibility and supportive leadership can be much more efficient.

« Is Safety Really Important?
The 5 Whys Method of Root Cause Analysis » 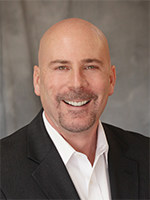