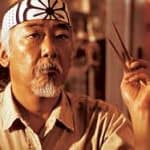 An executive asked me how to make a “perfectly reliable product.”

I told him that program would look a lot like an embarrassing market failure that could put a company out of business.

This was not the response he was expecting.  I chose to elaborate before he just walked away.

The investment of time, dollars, and man power to create a “perfectly” reliable product would force such a compromise on all other aspects of the product and program that any type of market success would almost be impossible.  I can only think of two types of products that could benefit from an approach of creating perfect reliability. The two I am thinking of are the Mars Rover ‘Curiosity” and a nuclear power plant. The desire for “perfect reliability” would be driven by either an avoidance of massive loss of life (not just a few lives) or loss of billions of dollars by a single failure mode.

The Mars rover is a relatively simple little robot.  It’s functionality could be created by a high school science club.   The extensive 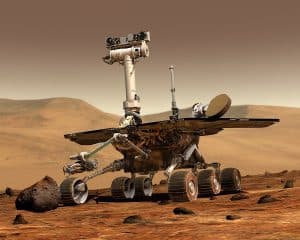 development program that went on for years was entirely about reliability.  There is no loss of life if the Rover failed.  The interest in high reliability was a multi-billion dollar space program being a waste because a $300 camera or radio transmitter didn’t work.   So it was reasonable to compromise inclusion of cutting edge tech, time to market, and development cost during the Curiosity program. You could not sell Curiosity to the public because it is pretty lame from a features standpoint and would have a $3 billion price tag. I can create the same product with a radio controller car, robotic arm, and a small transmitting camera. (I actually did to retrieve radio controlled planes on thin lake ice, summary below article. ) 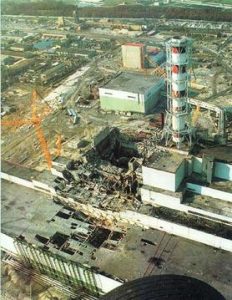 massive casualties. Chernobyl is a significant amount of land that can never be inhabited again even after a multi-billion dollar clean up.  The clean up was simply to stop it from spreading any further.  From what I have read, without a cap on the reactor there would be a continuous radioactive fall out stream around the world.

The answer to the executives question is simply “As a manufacturer of a consumer or general industrial product you don’t want a perfectly reliable product.  What you want is to create a product with the “right” reliability.  This level of reliability will be defined at the beginning of the program.  It is captured in your product specification document which dictates the correct balance of product development time, program cost, new features, and reliability based on the product’s market objective.

Ok so how do you create a program with the right reliability then? The answer to his question is simply “Create a program plan based on your business needs and then STICK WITH THE PROGRAM YOU CREATED.” The caps is because that part somehow seems to evade everyone like an exercise and diet plan your doctor gave you after you asked him how to lose weight.  A lot of smart people from many aspects of your organization worked hard to create a program strategy that considered all of the product goals and prescribed the actions to accomplish them.  Abandoning that plan and then asking for a way to fix what has happened is the same as looking for a simple exercise you can do for 5 minutes a day to lose weight.  Stick with the diet and exercise plan your doctor and you came up with.

Simply do what you asked yourself to do, and put in writing, at the beginning of the project. You were the one who created the best plan to launch a successful product.  Simply Listen to the “you” from a few months ago. 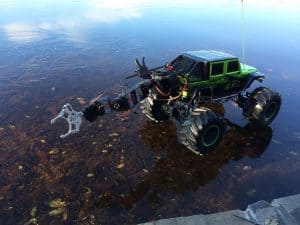 My daughter and I created the “Lake Rover” to recover radio control planes that we make and fly on thin ice or deep snow. This is after a crash or emergency landing (usually crash). It turned out to be more fun to make and drive around than most of our planes.  I can go way out of range of sight due to the $250 camera and transmitter system on it.  I also adapted a battery from one of those “jump start your car from a device that fits in your glove compartment products”, $70.  It will run for days on a single charge. My radio transmitter can go three miles, 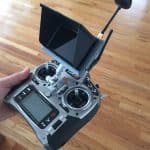 $200. The 5 axis arm was easy to adapt from a kids science kit,$60 (sorry kids you’ll have to do a volcano or something, you should have got two).  The jeep body and motors were from a Walmart kids toy $60.  So I have a system that has the basic functions of the Mars 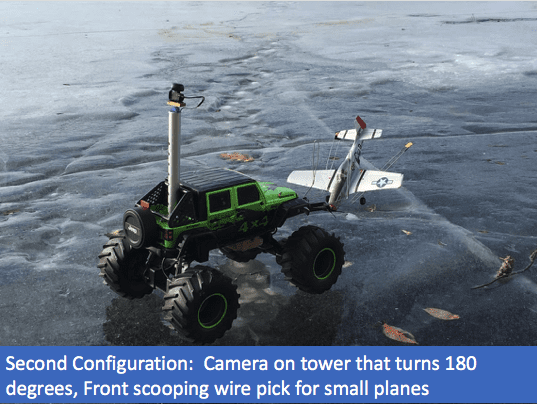 Rover, item retrieval and image broadcast for $800.  But reliability is pretty sketchy compared to the Rover.  But that is the goal balance I set out to have from the beginning; low cost, low tech features, medium reliability, long development time.

Lake pictures are four days apart:  Massive snow storm then massive rain that cleaned off the snow for fun with anything with blades.

Could be another planet (Hoth?) 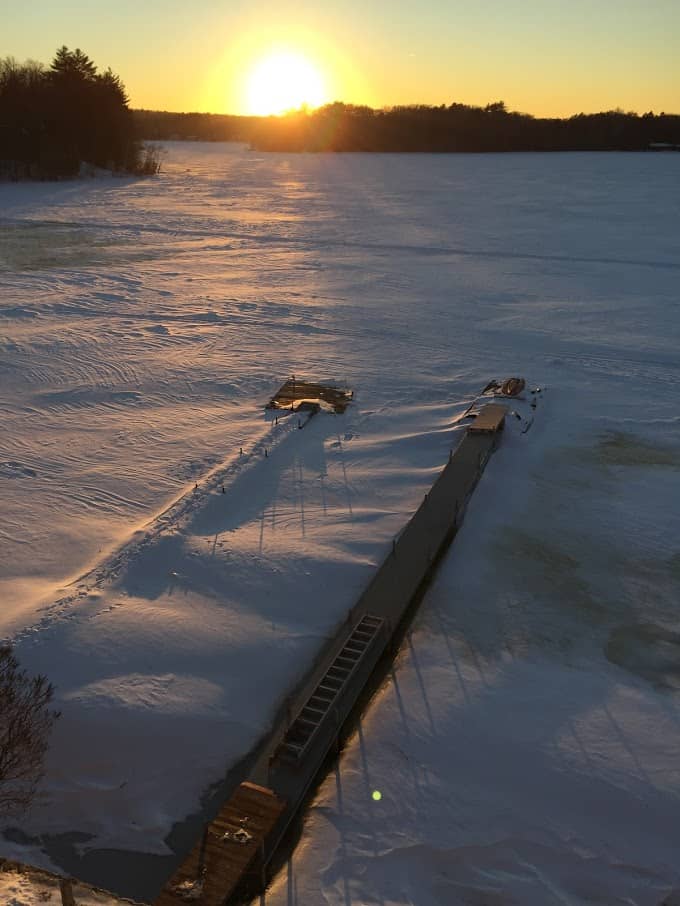 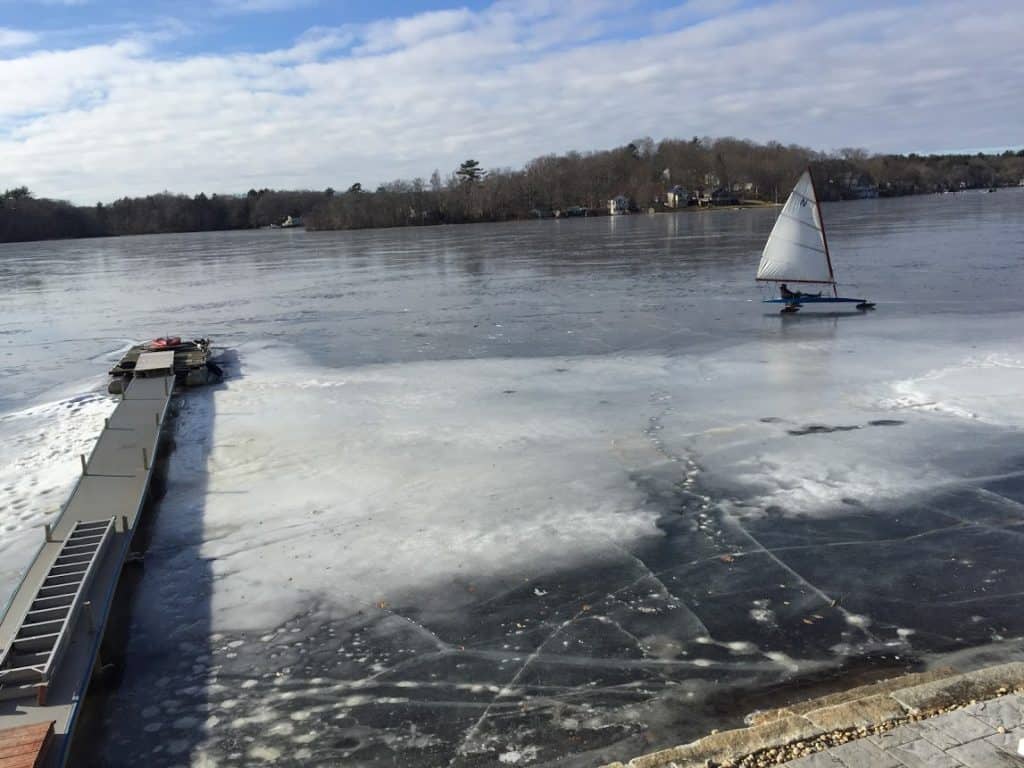