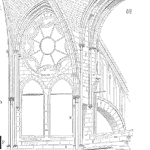 Polyethylene is one of the most commonly used engineering plastics.

Its chemical resistance properties and ease of fabrication make it popular in the chemical industries. Its molecular structure provides the key to its versatility.

Attached to each carbon atom are usually two hydrogen atoms. Figure 1 shows how the macromolecule of polyethylene is arranged.

In these the hydrogen atoms are occasionally replaced with other atoms that attach to neighboring chains, locking them together. The thermoplastics can be melted and reshaped but the thermosets can only be used once.

The process of using solvents and heat to convert from single atoms to a string of thousands of atoms long is called polymerization.

The density of PE depends on the process used to make it. One method produces low-density (LDPE) while a high density (HDPE) results from the other.

The plastic’s density can be further modified to produce medium density (MDPE) and ultra high molecular weight (UHMWPE) products. The properties of each type of PE depend on the shape and length the carbon chains and how closely they compact.

The structure of polyethylene

The carbon chain length and extent of branching greatly affect the properties of the plastic. Figure 2 shows the different structures of the macromolecules for LDPE and HDPE.

The amount of side-chain branching varies the closeness that molecules can come together. Closely compact chains give more rigid and solid plastics.

Occasionally the molecules will lie side by side. This creates a harder clump known as a crystalline alignment.

Plastics with high amounts of crystalline arrangements are harder and stronger but more brittle. UHMWPE chains have few branches and are 10 – 20 times longer than HDPE. This permits the development of many more crystalline areas than the lower density PEs.

Randomly arranged chains without order make an amorphous structure. Examples of each structure are shown in Figure 3.

The degree of branching and crystallinity in PE produce variations in behavior and properties.

Table 1 gives an overview of the differences between types of PE.

The lower density PE’s have good toughness (ability to deform without breaking) and excellent elongation (ability to stretch) with LDPE stretching up to 6 times its original length before breaking.

This makes them a useful plastic for molding and extruding in shapes of bottles, tanks, sheets, and pipes. UHMWPE is used for machinery parts where a high wear, low friction material is required.

In its natural form, PE is clear and goes white and translucent as the amount of crystallinity increases. It is used in stretch films, plastic bags, and plastic bottles. Coloring agents can be added.

It degrades from ultraviolet radiation. When used in sunlight 2 – 3% carbon black powder is added. Life expectancies in outside conditions of over 25 years are attainable.

Chemical resistance properties of PE are excellent, covering a wide range of chemicals. Check compatibility with the supplier.

A major consideration with the use of PE is its tendency to exhibit environmental stress cracking (ESC).

It is more likely in HDPE than LDPE. ESC tests are available and recommended if using PE to store previously undocumented chemicals.

Since PE is a thermoplastic it can be melted and joined. When welding, the temperature is raised above the melting point (110 – 135oC) to a temperature of about 250oC using a hot air gun for hand welding or a heated plate for butt- welded pipes.

When hand welding PE a filler rod is pushed into the melt. When butt-welding pipe the two ends are heated and pushed together for 10 to 15 seconds.

A ‘cold weld’ occurs if the melt temperature is too low. A weak failure prone weld results which break away from the parent material.

« World Has Limited Resources..Is Intelligence One of Them?
Never Purchase a Retired Rental Car »