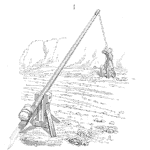 An easy method to monitor and control a process average. It is an alternative to the Shewhart control chart.

Pre-control charts work well with stable and slow process drifts or changes. These charts provide a means to monitor a process and act as a guide for process centering.

They are easier to setup, implement, and interpret the Shewhart charts.

The basic idea is to divide the specification range into zones.

When the Cp >1 the probability of the data landing in the green zone increases, assuming the data remains centered.

The pre-control chart does not rely on the data being normally distributed, yet works will when the data is normal and the target is centered within the specification limits. The zones are created based on the tolerance range and do not require a control chart or control limits.

The diagram a pre-control chart. In practice add the values of the specification limits and P-C line values.

A single measure in the red region indicates a less than 1 in 100 chance of occurring, or a 99 in 100 chance that either the mean has shifted or the spread has uncrossed or both.

Again, take steps to correct the process before continuing operation.

Use the following rules with a pre-control chart:

Note: take a sample every 25 items. If production is small or the cost of out of specification parts is high do 100% sampling and adjust the process when two consecutive items fall outside the green zone. For high volume runs, relax the sampling frequency- after 25, check that are all green. Tighten the frequency if the there are items in the red or yellow zones.

The frequency of sampling should be more often for critical parts with high cost or cost of failure and can be less often for less critical parts or processes with a track record of stability.

The actual frequency for sampling is every 25 items produced. This is just a starting point and adjusts to meet your production volume and risk of having to recheck previous items when process adjustments become necessary. For example, if the cost of segregating and inspecting 25 units is prohibitively expensive, then sample more often.