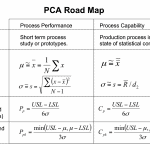 How is a manufacturing process determined to be capable of producing parts that meet engineering requirements? Some, like the finish of a gear tooth are critical, while the roughness of a non-contact surface isn’t critical. The critical characteristics need to be identified and checked to determine if the process is capable.

This article defines the analysis concepts and indices.

Process capability assessments (PCA) start during the product development process and continue into series production. Prototype parts are created by a variety of methods, ranging from hand-crafted parts to short term manufacturing in a production intent process under factory conditions. The methods that are closest to series production are the most realistic.

The data collected on critical characteristics show a central value and variation. It is relatively easy during development and during serial production to adjust the central value while variation is hard to control. A normal distribution provides a good model for many measurements.

For serial production, SPC can be used to estimate the process mean and standard deviation. If  $-\bar{X}-$ and R charts are used, then the overall process average, $-\bar{\bar{X}}-$, and the standard deviation, s, are calculated using equations 3 and 4.

The average and standard deviation are used to estimate the normal distribution parameters, $-\mu-$ and $-\sigma-$, ignoring sample variation. The 3$-\sigma-$ limits of the distribution are calculated using equation 5.

When there is a two-sided engineering specification, the middle of the tolerance range is the usually the process target. In some specifications, there may be a non-centered target, but that is not discussed in this article.  A normal distribution with a centered process is shown, figure 1. 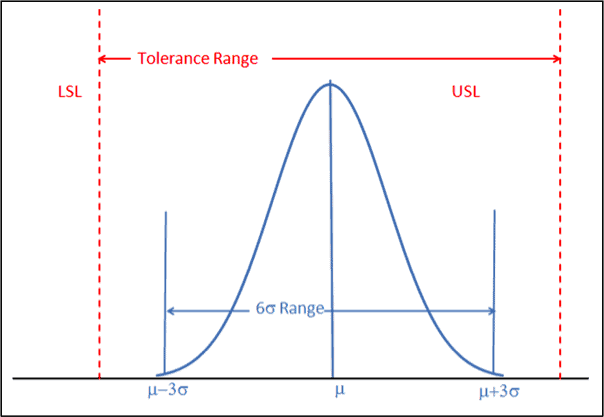 The ratio of the tolerance range to the 6s range is calculated in equation 6.

There are three cases for centered normal processes with a 2 sided-tolerance specification, figure 2. 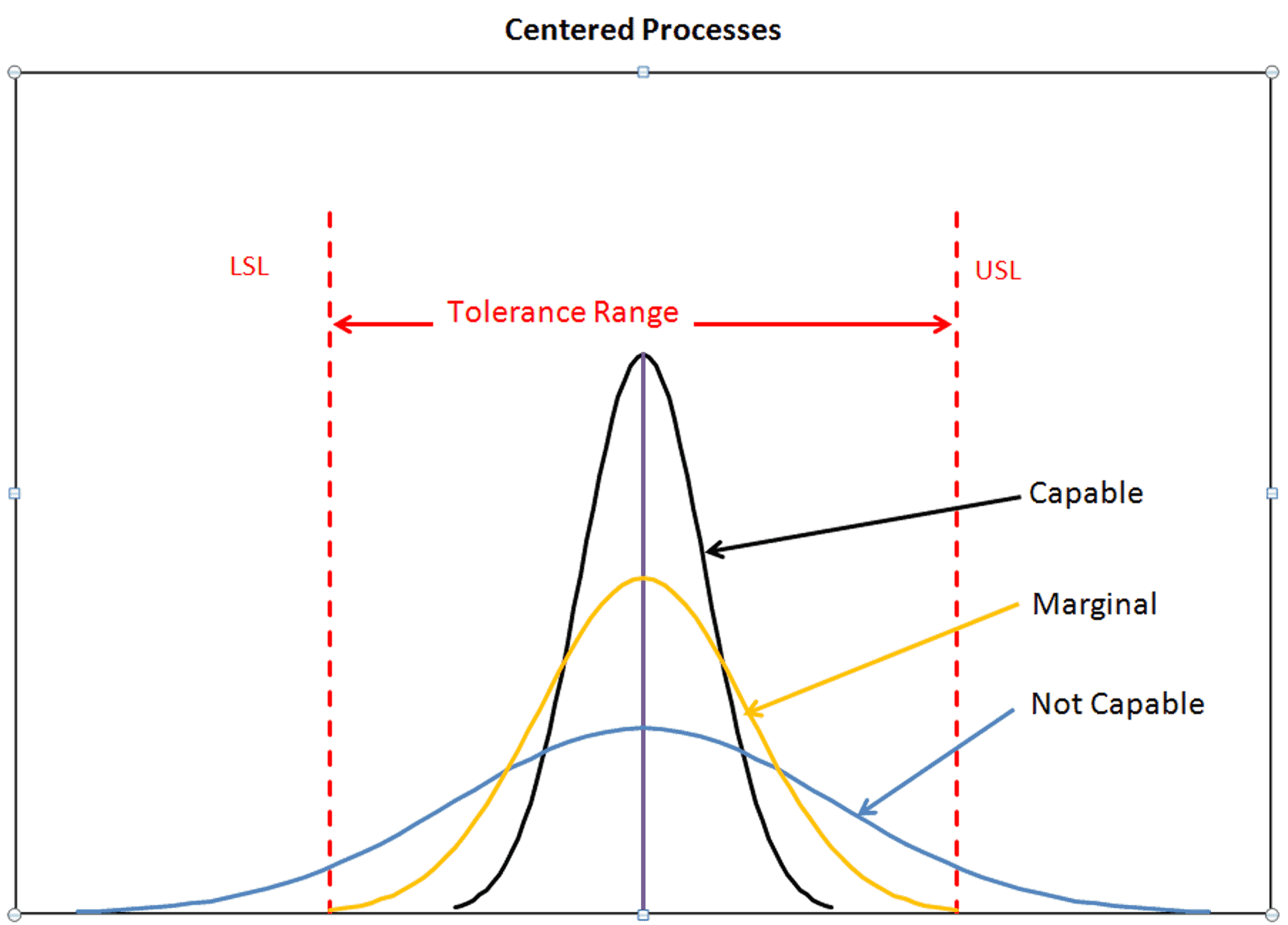 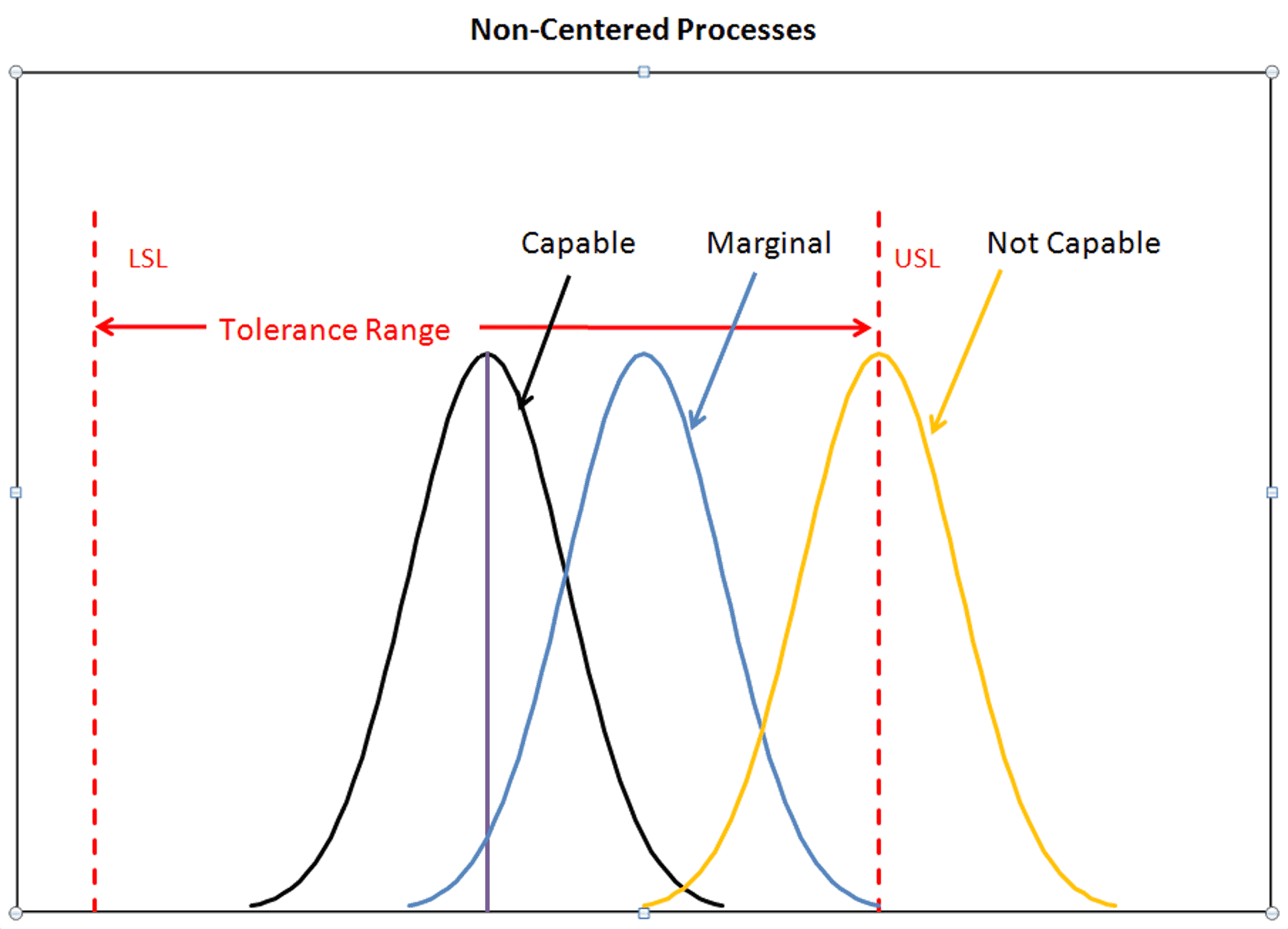 The gap between the closest tolerance limit and the center of the distribution is divided by 3$-\sigma-$ and captures the centering effect, figure 4.  and equation 7. 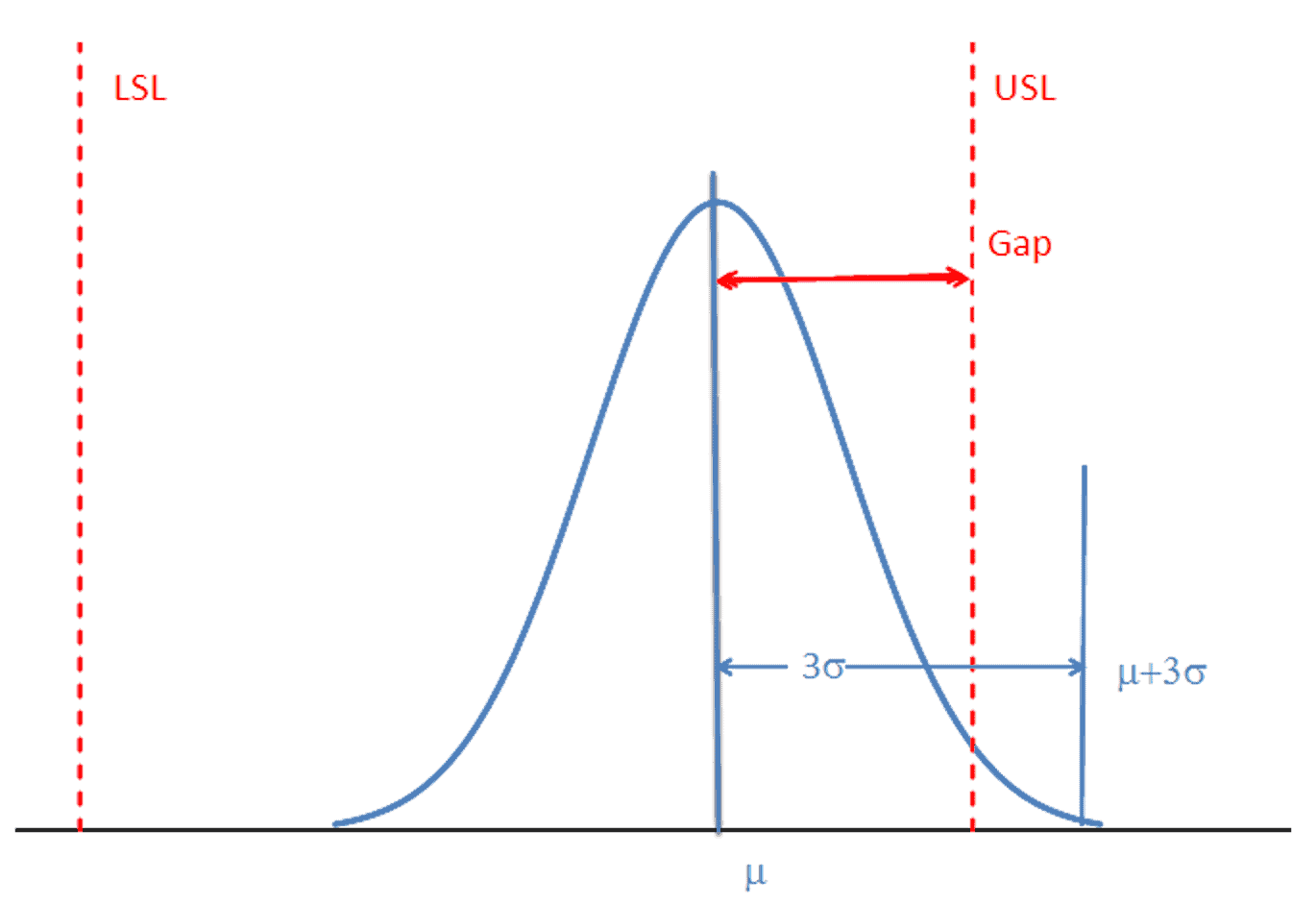 If prototype parts were used to estimate μ and σ, then the index, calculated in equation 4, is Ppk. If the data came from series production, then the index is Cpk.

If the 6$-\sigma-$ range is much smaller than the tolerance range, then the process center can shift but remain capable. If the 6$-\sigma-$ range is equal to or larger than the tolerance limits, then the process is not capable and needs to be improved. Identifying and controlling factors that contribute to process variation can accomplish this, but this is a topic for another article.

These concepts, for two sided tolerances can be captured in a PCA Road Map in table 1. 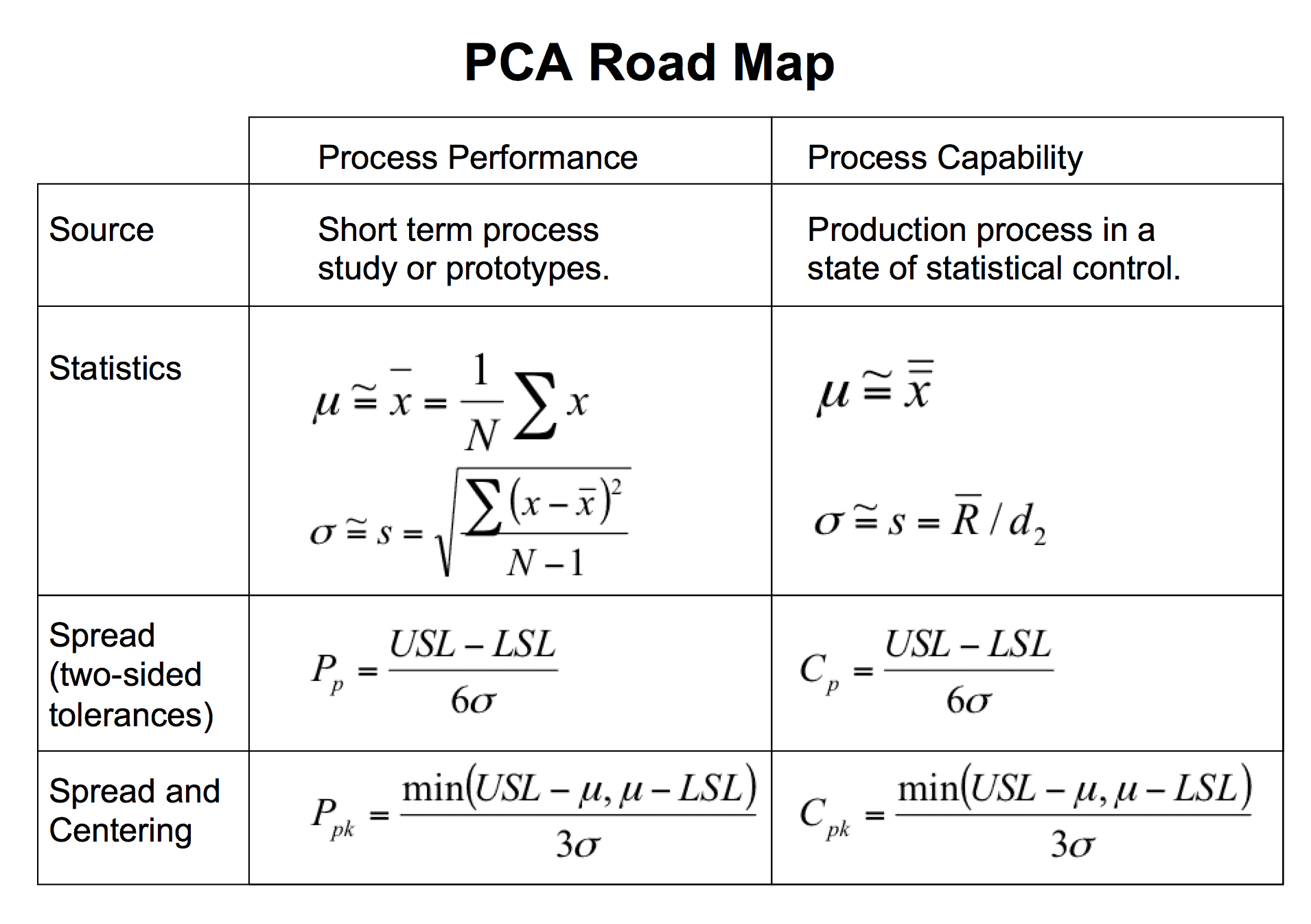 Some engineering tolerance are don’t have both an upper and lower specification limit. Frequently, physical constraints do not permit negative values. Some examples are surface roughness, wheel or tire radial run-out, the electrical resistance of electronic switches.  In these situations, only an upper specification limit is necessary.

In this situation, the tolerance range is unbounded on the undefined limit. It is not possible to calculate a Pp or Cp index. However, the Ppk and Cpk indices can be calculated using equation 7 with the defined specification limit.

A process capability analysis can determine if a process is capable of producing parts that conform to engineering specifications. While prototype parts can provide preliminary process performance information, the final process capability assessment must be based on series production.

The final capability index is highly dependent on the process being centered between tolerance limits and variation needs to be smaller than the tolerance range.

The next article discusses how to estimate Percent Defectives.

If you want to engage me as a consultant or trainer on this or other topics, please contact me. I have worked in Quality, Reliability, Applied Statistics, and Data Analytics over 30 years in design engineering and manufacturing. In the university, I taught at the graduate level. Also, I provide Minitab seminars to corporate clients, write articles, and have presented and written papers at SAE, ISSAT, and ASQ. I want to assist you.

« Should I Become a CRL, CMRP, or CRE?
Using Hierarchy In Complex System Requirements and Design »