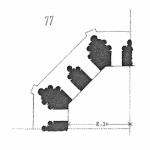 During World War Two, the Office of Special Services (OSS), the forerunner of today’s Central Intelligence Agency, compiled a manual on how to ruin a factory’s output without explosives.  Their main weapon was bad maintenance.

The manual described ways that transportation and industrial workers could do their jobs but intentionally damage their plant and organization.  The main idea was to do their jobs poorly, in a way where bad workmanship was plausibly accidental.  Some of the targets were boilers, housekeeping, turbines, fusing, motors, tools, building heat, fuel storage, and lubricating oil systems.

A change in mindset was the main tool needed for reliability sabotage.  Once a perpetrator was taught to “reverse his thinking” then anything could be damaged.  Being diligent and conscientious was no longer a goal.  Being lazy, confused, and argumentative was just as destructive as placing a bomb, and much safer.

The section titled “Tools, Targets, and Timing” taught the saboteur to pick targets without being directed by a handler.  The goal was to maximize disruption with a minimum chance of detection, like a backwards FMEA.  Priority was given to transportation systems, communications, and critical materials.  The individual had to evaluate their own technical capabilities, their access to machinery, and their role in the organization.  For instance, turbines are expensive and difficult to replace so would seem to be good targets.  The OSS judged it difficult to damage the turbine directly because of factors like the heavy casing, building security, and the probability of a watchful operator.  Instead, lubricant systems and storage facilities were much less secure.  They could be the Achilles’ heel of all rotating equipment:

“Oil and lubrication systems are not only vulnerable to easy sabotage, but are critical in every machine with moving parts.  Sabotage of oil and lubrication will slow production or stop work entirely at strategic points in industrial processes.  Put metal dust or filings, fine sand, ground glass, emery dust (get it by pounding upon emery knife sharpener) and similar hard, gritty substances directly into lubrication systems.  They will scour smooth surfaces, ruining pistons, cylinder walls, shafts, and bearings.  They will overheat and stop motors which will need overhauling, new parts, and extensive repairs.  Such materials, if they are used, should be introduced into lubrication systems past any filters which otherwise would strain them out.”

Electrical equipment had vulnerabilities that were easy to exploit:

“Remember that dust, dirt, and moisture are enemies of electrical equipment.  Spill dust and dirt onto the points where the wires in electric motors connect with terminals, and onto insulating parts. Inefficient transmission of current and, in some cases, short circuits will result.  Wet generator motors to produce short circuits.  ‘Accidentally’ bruise the insulation on wire, loosen nuts on connections, make faulty splices and faulty connections in wiring, to waste electric current and reduce the power of electric motors.”

Cleanliness could be a pressure point in other areas as well.  The manual is recommends, “A clean factory is not susceptible to fire, but a dirty one is.” There were instructions to accumulate oily rags in basements and how to fabricate slow-burning fuzes.  Besides arson, dirty tools had other predictable effects:

“Power-driven tools like pneumatic drills, riveters, and so on, are never efficient when dirty.  Lubrication points and electric contacts can easily be fouled by normal accumulations of dirt or the insertion of foreign matter.”

The themes are looseness, misalignment, dirt, corrosion, and foreign material in lubricants, fuels, boilers, and process liquids.  Many of the specific suggestions involve seeding a small defect, instead of something immediately destructive.  We could ironically call this imprecision maintenance.  The section on road work is clear in the value of time,

“If you can start damage to a heavily traveled road, passing traffic and the elements will do the rest.”

Time magnified the damage and provided a degree of security to the saboteur.  Minor defects were easy to overlook and were not obvious sabotage.  Obvious sabotage could result in extra security, searches, and interrogations.  For untrained sympathizers who wished to survive the war, this was something to avoid.  Maintenance provided ample opportunity to do things slightly wrong.  Bolts could be installed incorrectly:

“In…machines with heavy gears, fix the gear case insecurely, putting bolts in only half the bolt holes.  The gears will be badly jolted in use and will soon need repairs.”

Bolts and casings appear in other suggestions.  For a water pump, the saboteur could leave bolts loose so that a leak might cause further damage the factory.  For a steam turbine, he could leave the bolts loose and cause a casing leak, reducing turbine efficiency and wasting fuel.

The passive sabotage methods also applied to management.  In a section for managers and supervisors, the manual recommended several sabotage methods that could pass for normal activity.  Repair parts and material supplies could be delayed, or risk inserted into the parts re-stocking sequence:

“Don’t order new working materials until your current stocks have been virtually exhausted, so that the slightest delay in filling your order will mean a shutdown.”

“In making work assignments, always, sign out the unimportant jobs first.  See that the important jobs are assigned to inefficient workers of poor machines.”

Human capital could also be wasted, and job planning mangled:

“When training new workers, give incomplete or misleading instructions.”

“Multiply the procedures and clearances involved in issuing instructions, paychecks, and so on.  See that three people have to approve everything where one would do.”

“…refer all matters to committees, for ‘further study and consideration.’ Attempt to make the committees as large as possible – never less than five.”

Of course, a committee this large is nearly too large to manage effectively.  A large meeting wasted many managers’ time all at once, preventing them from paying attention to their duties.  With a large group assembled, other tactics could be employed to cause more waste.  One technique was to review old decisions.  Another was to forward decisions to the next echelon and wait.

Reviews of the OSS Simple Sabotage manual normally only review the leadership and organizational recommendations.  It is concise and timeless, so relevant to most any organization.  However, the section for managers and supervisors is only four pages long.  In contrast, there are twenty pages of detailed suggestions that mostly recommended sloppy maintenance in industrial settings.  This was a reliability program, but the goal was to reduce reliability.

The intent of thousands of small acts was to waste time by causing unnecessary interruptions.  Minor damage would consume precious material resources.  Arguments and internal conflict would demoralize the organization.  The final result was to be a “constant and tangible drag” on industrial war production, damaging it as surely as any other method of attack.

« When Rules are Made to be Broken!
From Maker to Manager, Part 2: Becoming a Lifelong Learner »