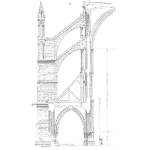 In the previous article, What is Reliability Optimization, we defined the concept. One of the elements of optimization is identifying which elements of a system to focus improvement efforts on.

Simply improving every element of a design may provide an overall improvement of reliability performance.

Given constraints such as time or funding, selecting the specific few elements that would provide the most improvement is key.

Let’s day you’re working on a computer system and there are three elements which have the possibility of purchasing higher reliability solutions.

The hard drive, power supply, and CPU suppliers each have higher reliability solutions available for a price. Give the overall design of the computer the three elements are in series and are the three least reliability elements.

The power supply, Rps, improvement would cost $4 and improve the performance from 90% to  95%.

The CPU, Rcpu, also has a higher reliability solution available at a cost of $10 and would change the  CPU reliability from 98% to 99%.

The remaining elements collectively have a reliability of 99.99%, denoted as Relse.

The reliability probabilities are for consumer computer systems in North American with an expected duration of use of 2 years.

You’re not able to afford the cost for all three upgrades. Which improvement option(s) do you select in order to achieve a system goal of at least 90% over two years, Rsys?

The reliability model for this series system is:

Which is below the desired target of 90% reliable over 2 years?

How much improvement does the least reliable element have to incur to make the goal? We can set Rsys to the goal of 0.90 and solve for the minimum necessary R’ps value given the others remain at the current value.

A Series to Parallel Example

Now let’s say none of the vendors offered an improved reliability solution. Given the example system described above, how should we proceed? An option is to add an element in parallel.

Starting with the weakest element in the system, the power supply, what is the system reliability benefit of adding a second power supply in parallel to the existing one?

The reliability model would become a bit more complex:

This more than meets the goal yet does add the complexity of a second power supply, the cost, the weight, and space to the system. It may be worth further analysis of the cost of the various options along with the lifecycle cost advantages of meeting or exceeding the reliability goal before selecting a solution.

« Design Reviews with Reliability Matter
Are You Tracking and Reporting Field Failures Well? »