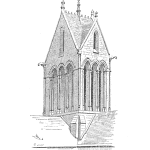 A project with a problem…not a new phenomenon and more likely than not ‘business as usual’ for most, but how do we address the problems on our projects?

Theoretically there’s the risk register and plan with a predetermined set of mitigation actions and designated owners who, although being potential scapegoats, are expected to manage risks magnificently while still dealing with the rest of their, hopefully, nonproblematic scope.  Problems plague projects despite alleged prior preparation and proper planning.  But it’s the way that people behave and interact that can make all the difference when resolving the problem and keeping the rest of the project on-track.

Some people bury their heads in the sand in the hope that the problem will go away as quickly as when it appeared to have come out of the blue.  They think it’s just a glitch on the project radar and perhaps the ‘team’ will deal with it through osmosis or some other such diffuse process.  Others will carry on and apply the same processes and procedures to the problem regardless of its nature in a belief that their project management style will prevail.  Then there are those who will look at the problem for what it is and tackle it in one of two ways; correctly or incorrectly and either reap the benefits or suffer the consequences; but how?

“Ignorance is bliss” goes the saying along with “what the eye doesn’t see the heart doesn’t grieve over”.  For the project manager who has taken their eye off the ball or taken their finger off a project’s pulse and relied on good-news reporting any awareness of a problem will be significant by its absence.

However, such a blissful state of ignorance cannot last forever.  Murphy’s Law will apply and given its ubiquitous nature with no regard for time, place or person it cannot, or rather should not, be ignored. But yet some people continue to believe that risk is something that only happens to others.  ‘Nothing can go wrong’ they say despite tombs of evidence and case histories to the contrary; but if an individual hasn’t experienced something they may well remain ignorant.

Ignorance is a human trait but so is inquisitiveness.  Asking questions to overcome ignorance and engaging competent people and organisations can relieve the former and satisfy the latter.  Overcoming ignorance is essential to not only appreciating that a problem exists but solving it and this is done through learning.  Learning is a skill but, as it takes time and effort this may be seen as a far cry from solving the problem by those who probably created or allowed the problem to occur in the first place.

“Learning curves”, we hear, are everywhere.  New people in an organisation need to get up to speed, new projects may need new methods, and people need to learn about each other.  Project problems also present the need for a learning curve so that we may define the problem and study it.  These curves are necessarily steep and must be summited rapidly, but learning can take time and this will probably not have been budgeted for.

This ‘learning’ will add to a project’s knowledge but the ‘knowledge’ that allowed the problem to manifest itself in the first place may well be allowed to remain.  An important part of learning can be ‘unlearning’ and realising that what was once considered sacrosanct may have been either inapplicable, inappropriate, or merely plain wrong.  Learning may take time but ‘unlearning’ can take longer; old habits die hard and the egos of the diehards will stand in the way of progress.  Real problems are ignored and tolerated as ‘we’ve always done it this way’ and the old ways are galvanized.  Rather than ‘unlearning’ the mavericks who would question the status quo are branded as heretics who are summarily excommunicated; but the problem still remains.

Learning and unlearning are both difficult processes.  The wild enthusiasm that comes with a new task can generate a sense of project euphoria but learning should be approached with cautious optimism.  The initial ‘understanding’ of a subject and a few basic principles is merely a cornerstone of learning.  ‘A little knowledge is a dangerous thing’ and as the Dunny-Kruger effect shows, the initial confidence of understanding can quickly change to the realisation that there is more to a subject than initially met the eye; but ignorance may still prevail.

If the ignorance surrounding a project problem is overcome and a Goldilocks measure of knowledge is acquired then a recovery plan can be formulated.  Strict plans may make for a happy management solution and all players have discrete roles and responsibilities.  Flexible plans with a laissez faire approach and a reliance on individuals and may also be acceptable but there is an entire spectrum of approaches that can be adopted.

Imposing any plan, be it through dogmatic rigor or broadminded haphazardness requires some control.  If people follow blindly and with no regard for the inevitable hiccups along the way then failure may result.  ‘The operation was a success but the patient died’ is worth remembering when executing a recovery plan.  Blind obedience can result in a downward spiral of satisfactory underperformance as people go through the motions but produce no result.  There may be compliance with rules but there will be a slippery slope to failure.

Alternatively, and to avoid slippery slopes, there must be friction to go against a flow of complacency, grasp the issues and address the problem.  Success comes at a cost and merely relying on the project team to overcome a problem may adversely affect other parts of a project and create more problems.  Reinforcing a team may be necessary, at least in the short term, and the team can be supported in surmounting the problem, keeping the project on track, and avoid spiraling out of control.

In 1597 Francis Bacon said “Knowledge is Power” and in order to have the power to overcome any problem knowledge is essential.

Firstly, recognising that there is a problem and overcoming the ignorance of not knowing is paramount.  ‘Not knowing’ is a project sin and despite our management protocols, shit happens.  Management is a ‘live process’ which needs to be adapted and not merely adopted.

Secondly, problems must be appraised and this requires learning and the acquisition of knowledge.  Knowledge is about understanding and knowing that past plans and processes could have been inapplicable or even wrong.  In this case ‘unlearning’ with its challenges to organisational culture and individual egos may be necessary.

Finally, the application of knowledge through the execution of recovery plans and possibly rethinking or reinforcing a project may be necessary.  If not then a downward spiral of satisfactory underperformance may ensue as a team goes through the motions of a plan rather than applying rigor and dynamism to avoid failure and strive for success.

« Why Kill Controls?
Behaviour Based Safety Program: A Scientific Solution to Getting the Right Safety Practices Used in Your Workplace »