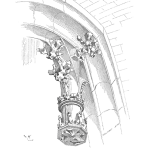 Let’s start off with some honesty…the term ‘RCA’ (Root Cause Analysis) is quite vague, misleading and easily misinterpreted by those who are not immersed in its use. It is a useless and counter-productive term because there is no universally accepted, standard definition. Therefore, any process/tool someone is using to solve a problem is likely to be labelled as ‘RCA’. It could be troubleshooting, brainstorming and/or some other more structured problem solving approaches such as 5-Whys, fishbone diagrams, causal factor trees and/or logic trees.

In an effort to seek balance in my understanding of Human Performance Improvement (HPI) versus RCA, I sought the perspective of a valued colleague of mine, Ron Butcher. Ron is Director of Health and Safety, U.S. Competitive Generation, for AES. He has been fortunate enough to have worked within the aviation community and see the similarities between aviation, nuclear, medical and certain aspects of the marine community (passenger carrying submarines) that live and breathe within systemic structures focusing on operational excellence and continuous improvement. Ron also thoroughly understands my holistic view of RCA and can contrast this to his unique background.

Ron told me the following:

“I think the greatest single challenge to an effective causal analysis processes, from an organizational perspective, is the focus on the word “root”. This focus tends to imply a single cause through a historical and largely anecdotal use of the acronym RCA. This tends to get reinforced organizationally by requirements that every incident investigation determine at least one (1) each Physical, Human and Latent root, regardless of the facts presented.

“I think the greatest single challenge to an effective causal analysis processes, from an organizational perspective, is the focus on the word “root” – Ron Butcher

With what has been a laudable push toward safer workplaces, a bit of a commercial boom in “safety improvement” has occurred with some players bringing new insights (Latino, C. J., Dekker, Conklin, Hollnagel, Leveson, Deming and others) to the complex sociotechnical systems of the modern workplace. These newer views have combined with the view of those that cling to the 1930’s technology of Heinrich, Taylor, DuPont, reductionists and a score of smaller “next great THING” RCA problem-solvers. In many cases this becomes an effort to sell offerings, more than solve problems. This has devalued the more comprehensive and field-proven RCA community through the years.Given this variability in application of ‘RCA’ relative to safety, it’s impossible to trend any meaningful corporate results, which largely goes to the context and process complexity as described by Dr. Leveson in ‘Engineering a Safer World’[1].”

If the stigma of ‘RCA’ is so bad, why use it? One reason is that from a business standpoint, target markets will continue to do their due diligence when selecting qualified providers by searching on the term ‘RCA’. If an RCA provider were to change the analysis name in an effort to create a marketing uniqueness, this means their target market would have to be aware the new term exists.

In response to this focus on the word “root”, Jake Mazulewicz, Owner and Principal at JMA Human Performance suggested changing the term to “Root Causes Analysis”. This, while a subtle change, addresses the misconception the singular term portrays. This certainly provides food for thought especially from a marketing perspective.

Essentially the term ‘RCA’ is a noun these days. The different brands of RCA on the market are merely the adjectives describing different RCA approaches and providers . The brand then becomes the ‘uniqueness’.

Unfortunately, many in the HPI space will still associate the acronym of RCA with the widely known and very basic 5-Whys approach (linear in nature and concludes with a single root cause). I spoke with Dick Swanson (Owner, Performance Management Initiatives, Inc.) and he said, “The irony of this association is rooted in the fact that the 5-Why approach was developed by Toyota as a tool for assembly floor supervisors to keep production moving, and not as a tool to identify deep, underlying causes of complex events”.

Having been in the RCA business for over three decades, I know of no seasoned investigator that would consider using only a 5-Whys approach on an event of any significance.

What Constitutes a ‘Valid’ RCA? To look at RCA agnostically, getting away from brands and labels, let’s briefly explore what core steps constitute a valid RCA. As mentioned earlier, if we look at any professional investigative occupation, what are the core, critical steps to a valid RCA? Dick Swanson and I suggest the following:

1.      Utilization of a disciplined evidence-gathering approach, that includes,

4.      Creation of an efficient and effective means to express and communicate the reconstruction of the Event, clearly identifying proven causal factors,

5.      Ensuring the proper and timely implementation of approved corrective actions,

7.      Leveraging learning from successful RCA’s across an organization to prevent recurrence

I am curious to get some candid feedback from my peers about this ‘RCA’ stigma and if we use the plural term, Root Cause[s] Analysis, if it makes a meaningful difference in the value perception of the methodology? Pile on with comments my friends; good, bad or evil:-)