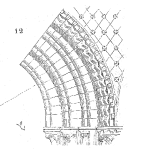 Measuring the Effectiveness of RCA in an Organization

Understanding now what perspective the executives have of an RCA initiative, how should RCA efforts be designed to report their results to the “C” level? Many would like to say “to express the results in a manner that demonstrates an increase in patient safety”. In a perfect world that would be nice, but what single metric expresses an increase in patient safety? Is there a line item on the Income Statement (IS) or Balance Sheet (BS) labeled “patient safety”? Not likely.

The reality is rather than create new RCA reporting metrics that will create “noise” in the current finance systems, efforts should be taken to align with current line items/KPI’s on the IS and BS. This will directly correlate RCA results with the corporate finances and thus have a much greater impact for the RCA effort from the executive’s perspective.

A Case Study for Example

Let’s take an RCA case study and discuss how its results should be reported to executives conveying the value and benefit of the RCA effort. An opportunity analysis (OA) was conducted at a 225-licensed bed facility to quantify the losses associated with the continual need to redraw blood in the emergency department (ED). The analysis concludes the average cost per redraw at this facility is approximately $300 each. This takes into account costs associated with gauze, luer adapters, syringe, nurse time, tech time, overhead, etc. The analysis further reveals that blood was redrawn 10,103 times during the previous 12-month period. This has resulted in a loss to the organization of around $3,000,000. This analysis concludes that 4.8% of the types of occurrences (blood culture contaminations) are costing 80% of the losses or about $2,400,000.

Given this knowledge, an RCA team is formed to analyze why blood cultures are contaminated on such a routine basis. The RCA team finishes its analysis and implements its recommendations. A review of the implemented recommendations was conducted after 6-months and a subsequent opportunity analysis was conducted. The second opportunity analysis demonstrates that compared to the same 6-month period in the year prior (approximately $1,400,000 at that time), costs over the past 6-month period were only $400,000. Since this was the only initiative focused on and conducted on reducing blood culture contaminations, the team could express a $1,000,000 savings in the form of efficiency improvements resulting from their RCA.

In the RCA world, savings often have to be expressed in terms of future cost savings. This is because RCA is most often employed to investigate events having occurred in the past (although proactive RCA’s are preferred, that is another blog). A primary goal is to prevent them from happening in the future. Chronic events as described in the case study above are easier to take claim for because a trend can be established over several years demonstrating a close range of expenditures to address the same issue. Had the RCA team not conducted this analysis focusing on the blood culture contamination issue, it would likely have been already accounted for (compensated for) in the next year’s budget. Chronic issues like this are generally hidden under a category such as “routine”, “general” or the like. They are essentially a slush fund category put aside for unexpected failures. Unfortunately they become viewed as a cost of doing business and therefore are no longer questioned. They are even subject to COLAs (cost of living adjustments) based on their historical expenditures.

What could be possible examples of how to correlate costs associated with the blood culture contaminations and the income statement for instance?

With this information our RCA results could be communicated something like “we experienced an overall decrease in Purchased Services of XX% due to the fact that blood is not being contaminated any more because of the recommendations implemented by the RCA team”. The same could be done for all applicable IS categories. The key to this approach is to provide concrete proof of these claims along with supporting documentation. This will provide the confidence necessary to present the final findings in such a manner they are indisputable. If they are disputed, absolute validation will be on hand to address each question about the integrity of the data.

« Quality and Reliability in Oilfield Equipment
Using Condition Based Maintenance to Realize the Inherent Reliability…of my teeth! »