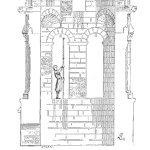 One of the most challenging aspects of being a consultant is addressing the musings of those who have accepted defeat.

With a smile of course; and friendly reassurance that you have in fact worked with companies who were worse off and with some training, confidence and a sound business plan they were able to turn things around to a point where people actually enjoyed coming to work.

Having stated this, I still have a list of my excuses as to why someone thinks we are “wasting our time” as we work to improve the reliability of their assets.

In closing, I would be remiss if I didn’t say the change in culture it takes to drive a continuous improvement effort is never easy.  This being said, they are also not impossible.  If you recognize the need for change in your business and begin to develop a plan for change, do yourself a favor and find mentor to help guide you and shorten the cycle.  The best candidate would be someone with a proven track record in a non-competing business who has been there, done that and recognized the rewards.

Great leaders believe in their goals, they develop business plans, publish results, celebrate success, learn from failures, seek advice and guidance from others but trait of a great leader is they no longer tolerate excuses!

For those who may be wondering, Bobble Head Bob was in fact a former manager of mine in the earliest part of my career.  For those of us who worked for him the stories we share have become a source of entertainment when we get together and talk about old times. One his more famous quotes “This digital photography thing will never take off, it’s too complicated, the equipment costs too much money and the pictures are grainy.”  A true visionary!

Everyone at some point in their career if they haven’t already will work for a Bob, at that time in my career I was also lucky enough to have worked with a couple of other great leaders and managers who advised me the most important thing to remember in life is you can learn from everyone you work with.  Some will teach you how to do things right and others can teach you what not to do.  While he wasn’t the best he was far from the worst but most important, we all learned.