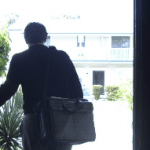 Those who know me well know I am a voracious reader.  From newspapers and magazines to business related books and novels it’s a rare site to find me without my Kindle or some type of printed reading material.  Lately I have noticed a number of articles on the reasons why your best employees are leaving your business and I have to say I saw this problem trend coming more than a decade ago.

In the late 1990’s I was having a discussion with my division manager and at the time I was frustrated with the lack of advancement opportunity at our company.  He smiled looked me straight in the eye and said; “times are changing Doug, you’re a high performer working for a company that has fallen on hard times.  The days of working for one company for your entire career are over.  I think you would better serve yourself by completing your education here and making plans to move on.”

Needless to say I was a bit shocked, the day I was hired at Kodak I can remember looking at my fiancée who had just gotten hired as a teacher and saying “we are set for life.”

Times had changed, very slowly I might add but right in front of my eyes the company culture that reinforced loyalty and commitment with enhanced benefits and a lifetime of employment was no longer the norm.  The introduction of computerized operating systems and forms of communication in a few short years had forced companies to hire in talent in attempt to catch up or out perform their competitors.  The field grew so quickly those who were smart enough to be on the front end of this wave were hunted and rewarded with some fantastic career choices.

At the same time the fortune 500 were openly benchmarking corporate benefits to help control costs and improve their bottom line.  Where most of these companies had offered Health Care and Dental Insurance at no cost to the individual employee, the rising cost of these benefits and forced some to begin deferring a portion of this cost to their employees.  In a few short years, those companies who offered a benefits package that was above the mean looked to work their packages back to the mean and the end result was if nearly all the large companies in the marketplace offer same benefits package what make one more attractive than the next?

The answer was pay and opportunity for advancement. Soon they began to recognize some of their best people began giving the customary 2 weeks’ notice, moving on and leaving a holes in experience that were very hard to fill.

Fast forward t0 2013 and I begin to see articles in Forbes, New York Times and Wall Street Journal on the Top 5 or 10 reasons why your best people are leaving and while many of these offer accurate reasons, I couldn’t help but think; once the employee has left, isn’t trying to figure out why a bit too late?

With the thought of being proactive I would like to offer the Top 5 Things You Can Do to Keep Your Best People.

So how can we address this?  It’s simple really, pay attention.  Don’t make the assumption that your best performers will remain happy forever working in an environment that lacks face to face human interaction and reinforcement from their boss.  Those who no longer receive that interaction at work will soon seek it from your competitor and the change rarely has anything to do with money.  If you’re looking for dedicated employees you need to become dedicated to having healthy working relationship.  Set up scheduled phone as well as face to face communication on a regular basis and if you really care you won’t let that schedule slip.

I have had to pleasure of working for a few world-class leader/managers and what they all had in common was the ability to listen, confirm understanding, and communicate what they planned to do with the information discussed.  Each also understood they some of their best performers could also be some of their most vocal critics yet many managers might label someone who occasionally openly criticizes a policy or practice as a bad actor.  The manager/leader who has the patience to listen and confirm understanding learns the top performers will follow up that criticism with a suggestion or two on how to improve the problem.  Managers who don’t listen and confirm understanding will stop the conversation short, offer excuses or claim the issues is out of their area of control or responsibility.  Top performers expect their ideas and concerns to be heard, discussed and acted on in some way.  When they get the feeling they have been labeled or their ideas and concerns no longer carry any weight they will go silent.  Your silent top performer, the one used to be full of great ideas and suggestions is silently biding his/her time.  His/her time at your company is now limited and is 100% dependent on how you respond.

Interesting as it might sound, the last time anyone was ever interested in how much time I spent on value added work was when I was a maintenance craftsperson.  Our department did a study of wrench time in an attempt to better utilize our craftspeople by identifying, simplifying or eliminating non value added work.  The end result was a more efficient organization that could complete more planned and scheduled proactive work. But as soon as you advance into a salaried professional position very little attention is paid to just how much of your job responsibilities is non-value added work.   Add non-value added work to the first two items and you’re top performers will become frustrated for sure, punish them for ignoring or pushing back on this nonsense and you’re giving them yet another reason to leave.

In the end it all comes down to making some very tough personal decisions, what is it worth to your business to keep the best of the best?  Is it worth it to reward loyalty and a strong work ethic or is it easier to let 10 or 20 years of experience walk out the door and take the risk that in 6 to 8 months someone will step up to fill the gap and maybe even bring some much needed innovation?  The reality is high performers don’t grow in the halls of universities and walk through the doors of your employment office on a daily basis.  The work ethic is a learned behavior and intrinsic motivation (the satisfaction that comes from doing your job well) is a rare combination that should be held in high esteem and rewarded and in doing so those who display these qualities will repay you in kind.

So stop dreaming of who might fill those big shoes when one of your best turns to leave, instead pick up the phone, make a trip and work on building a relationship based on honesty and trust that says “I/we recognize the value you bring to this company.”

The most important thing to remember is good people don’t just up and leave, good people who don’t feel valued and appreciated do!

Thanks again for taking the time to read this post! As usual I really appreciate you comments and feed back!