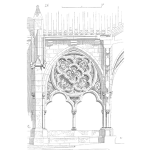 Missing from the current body of knowledge is a simple classification to help rank compositions in order of their reactivity.

The National Fire Protection Association (NFPA) 704 recommends Instantaneous Power Density (IPD) – a product of heat of reaction and rate of reaction – to rank reactive chemicals. Although IPD appears intuitive it is difficult to obtain accurate kinetic parameters based on calorimetric data. The calculation of kinetic parameters requires additional work for the user and can be time consuming.

I believe there can be a simpler way to classify reactive chemicals based on heat of reaction and onset temperature determined during thermal analysis.

Heat of reaction is representative of the energy release potential of a substance and the onset temperature is a measure of the rate of energy release, therefore I suggest that these two parameters can be combined to develop a hazard index.

The most hazardous chemicals are in Class I, since they decompose at lower temperatures (less than 200 C) and release large amounts of heat (greater than 700 cal/g). These are also the chemicals that are more likely to decompose violently and should be carefully handled and thoroughly tested. Chemicals in Class II also lie in the high hazard category since they release large amounts of energy, but chemicals in Classes III and IV pose medium and low risk, respectively. Thus any chemical or mixture with thermal analysis data can be ranked using the above classification.

Detailed description of the classification is available in the March 2004 Chemical Engineering Progress 100(3):34-37

« Product Reliability and Customer Service
Why Isn’t It Working Like You Said? »