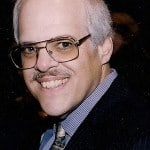 Iterative software development approaches have been around since the 1950s but many mark the beginning of what is commonly thought of as Agile as the creation of the Agile Manifesto, a document written by a number of software engineers in 2001, which contains 12 principles that serve as guidelines to how software projects should be conducted.  Since then, professional services and product organizations have taken Agile and bent and twisted it into proprietary commercial forms for their own gain.

Proponents evangelize various forms of Agile as superior and disparage others as lacking in rigor or efficacy.  In fact, most of them are so close in structure and practice that if you were to strip away proprietary vocabulary and branding, you could easily mistake one for another.  Thus, Agile turned into the Agile Industrial Complex and took on a life of its own.  Orthodoxy and adherence to proprietary ceremonies and arbitrary standards of execution, of course supported by consulting, classes, exams and certifications, has become rampant.

What was the original Agile?

What the Manifesto was intended to address were a variety of problems with traditional approaches that often resulted in substandard or suboptimal results, if not outright project failures.  The Waterfall approach consists of a sequence of phases—Requirements Definition, Design, Construction, Testing, Acceptance and migration to Production—that required completion of each phase before the next could be initiated.  Common problems were:

Agile methods were intended to treat these problems by, among other things:

After nearly 20 years, it has become apparent that the Agile Industrial Complex is not producing the benefits that the authors of the Manifesto intended.  A large percentage of systems development projects (estimated at 70%) were failing or at least underdelivering in the early aughts, and a similar percentage are still failing today.

Agile 2 was developed by a worldwide group of 16 eminent practitioners with the intention of identifying and suggesting fixes for many of the things that are plaguing organizations employing current Agile methods and not getting what they want and expect from them.  It consists of ten Principles, each supported by a number of problem statements and insights.  It differs from Agile, as practiced by the Agile Industrial Complex, in some significant ways:

So, why does Agile 2 matter?

Agile 2 is intended to complement the processes and practices required to operate in a DevOps, fast-twitch product- and customer value-driven environment.  Few, if any, organizations have achieved a mature, stable instance of these in a fully-realized form today, so the competitive challenge is exacerbated by the fact that companies will have to change the tires while driving the car on the highway.  The fact is, however, that companies will have to learn how to work in a constant state of evolution and the Principles contained in Agile 2 are formulated and intended to prepare them to function effectively in this state.

He can be reached at: