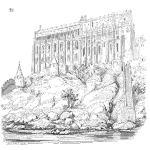 One would assume that HALT is a faster version of ALT, which it is not in most cases.

ALT is characterized by testing the unit above expected stress levels or more often and above specification levels in order to create the failure mechanisms that would have occurred eventually at nominal stress levels. This is done using one stress parameter, yet could use multiple stresses.

HALT could be called a discovery evaluation. The testing is also above specification limits and may include multiple stresses at the same time. The intent is to continue to step up the stress to cause failures. In other words, to discover the difference between the specification limits and performance limits (or destruct limits – when if fails such that it doesn’t recover).

ALT answers the question, when will the unit fail. HALT addresses what will fail, or how much margin exists within the design.

ALT can be as simple as increasing the occurrence of some function, say a car door. If one expected (maybe observed or measured with existing cars) that the driver’s door will experience four open/close cycles per day on average, then simply opening and closing the door more often per day would be a simple way to accelerate failure mechanisms related to the open/close cycle.

There are many models that relate the effect of the stress applied to the failure rate or expected life distribution. For example, the Arrhenius model relates temperature to the rate of a chemical reaction, say corrosion. The activation energy value is specific to the specific failure mechanism and should be chosen with care.

Using a model permits the design of an ALT that uses only one stress condition and relies on the model to translate the testing results to use conditions. Other ALT approaches include step stress and degradation. In most cases, careful design of the ALT includes understanding the failure mechanisms and statistics.

HALT is the exploration of the stress on the product’s performance with the intent to quickly identify the weakest elements of the design. The use of multiple stresses and relatively rapid step increases in one or more of the stresses makes modeling the effects very difficult if not impossible to model.

HALT is good at finding weaknesses in a design or the assembly process. HALT discovers areas that insufficient margin and are more likely to fail given normal material and use variations. HALT is also typically down with only a few units for testing, often not more than four units.

ALT and HALT are two types of tools available to reliability professionals. While three of the letters in the name are shared, they are quite different and serve us in different ways. I heard the other day that HALT precipitates failures, and ALT predicts failures. That may be a useful way to keep the two definitions separate.

We will explore more about HALT and ALT in other posts, yet if you have any questions, please leave a comment. Or, just let us know how you have found an easy to understand the way to explain the difference between HALT and ALT.