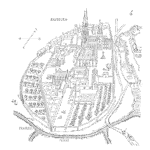 Last week during our CRE Test Prep class, we were covering the Basic Statistics section in the CRE Primer and had several questions regarding Confidence Limits for Reliability.

All of them were fair questions, and when students are asking these types of questions, the class gets better…

For those of you that have the CRE Primer recall question 3.40 in Section III Basic Statistical Concepts.  The question asks for you to calculate the 90% confidence interval for reliability at 130 hours.  They provide you with five items that underwent a test:  3 of them failed after 43, 57, and 80 hours, and the other two units survived the test at 100 hours without failing.

Since the items that did not fail were not removed from testing at the same time as the last failure, this is Time Censoring.

When I was explaining this exercise, we had a great conversation on the different types of Censoring:

After a good discussion, we returned to problem 3.40 of the CRE Primer and discussed what chi-square formula to use in this problem.

Since the test was not terminated due to a predetermined number if failures, this is an example of Time Censoring.

Where T represents the total test time for all items, both failed and un-failed, and r is the number of failed, a (1-α)% confidence limit for θ is:

From the chi-square tables we get the following:

The critical value of the chi-square distribution with alpha = 0.05 and 8 degrees of freedom is 15.507

The critical value of the chi-square distribution with alpha = 0.95 and 6 degrees of freedom is 1.635

After plugging and chugging the numbers into the chi-square formula and the Exponential Reliability Function, we all concluded that answer was 0.0705 ≤ R ≤ 0.7560

This was a great exercise I am sure that you might see one like it on the CRE Test….

« ALT and HALT
Common Cause Failures »