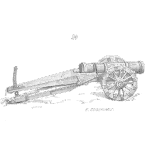 I see many organizations that feel a great sense of victory when they solve a current issue that has been plaguing their product.

It may be a field issue that took a product that was performing flawlessly to a steeply increasing failure rate “out of nowhere”.

Customers are angry, management is angry, everyone is angry and afraid.  It seems to go on forever and the end is unknown.  Then just as suddenly as the issue arose, a solution is found that puts the universe back in order.

The team celebrates, goes back to the day to day tasks that keep the machine running and there is a sense of calm.  But the unspoken nervousness of waiting for the next issue to pop up is there.

There is nothing to do but just wait.  A new one will arise, maybe tomorrow, maybe in six months, maybe next year.

“But that is the way it is and there isn’t much that can be done about it”.

The reason is that not only do they know what caused the last issue,  they also know why they currently aren’t having any issues.  It is a subtle but big difference.

The High-maturity reliability culture has in place an ongoing program that studies the variabilities that can occur in their product manufacturing and usage.  This program uses methods such as specialized testing and analysis that supports mitigations in design, manufacturing, and product usage.

But in reality, it’s just pitfalls we fall into because we simply aren’t willing to study the road up ahead.

Purpose of a Reliability Program (article)

How to Assess Your Reliability Program (article)

« Environmental and Use Factors
The Next Step in Your Data Analysis »