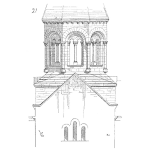 Biofuel production and manufacturing facilities in the United States are increasing rapidly. On August 8, 2005, President Bush signed the Energy Policy Act of 2005 (H.R. 6) into law. The comprehensive energy legislation includes a nationwide renewable fuels standard (RFS) that will double the use of ethanol and biodiesel by 2012.

Biodiesel popularity stems from the fact that it is simple to manufacture and essentially free of sulfur and aromatics. Biodiesel can be easily mixed with regular diesel and used for running automobiles. Although biodiesel is non-flammable and non-reactive, manufacturing of biodiesel poses processing hazards and careful attention should be paid to manufacture biodiesel safely as indicated by the following accidents.

Please note the above list is not comprehensive collection of biodiesel incidents.

Over 90 percent of U.S. ethanol is made from corn. Active research is being conducted to manufacture ethanol from cellulose feedstock – agricultural waste, plant residue, municipal solid waste. Below are a few incidents involving bioethanol:

Please note the above list is not comprehensive collection of bio-ethanol incidents.

I would like to share couple of Google Maps (Source: John Astad of Combustible Dust Policy Institute) that graphically display incidents in biodiesel and ethanol plants.

According to the map, there were  8 fires and 6 explosions in biodiesel facilities in the U.S in 3-year period (2006-2009). This translates to approx. 5 incidents per year.

The prevailing consensus amongst independent biofuel manufacturers is that process safety can be achieved by common sense and enforcement of prescriptive codes and standards; however, considerable expertise is needed to comprehensively mitigate biofuel manufacturing risks.

It is recommended that the biofuel manufacturers voluntarily adapt PSM in order to increase the safety of biodiesel production. Process Safety Management (PSM) has been successfully adopted by the chemical industries and refineries in the United States.

PSM can not only assist biofuel industry in the prevention of catastrophic events, it can also enhance employee knowledge of operations, improve technical procedures, maintain accurate process safety information, and increase overall facility productivity. In addition, manufacturing industries follow Recognized and Generally Accepted Good Engineering Practices (RAGAGEP) to improve safety and reduce incidents. Since most of the current biofuel manufacturers are small operations, set of guidelines encompassing PSM elements but less rigorous can be developed for such facilities. At first glance the documentation requirements of OSHA PSM seem daunting; however, a guideline document to ensure compliance with OSHA PSM without consuming too many resources can be developed.

To maintain a positive image, biofuels manufactures should give a serious thought to plant safety either by implementing “PSM-like” approach or by developing independent safety evaluation protocol.