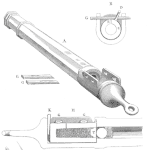 If a tank containing liquid is subjected to external fire, the heat from the fire lead to boiling of the liquid.  This in turn leads to increased pressure in the tank. This “boiling” liquid and “expanding” vapor may increase the pressure significantly and cause the tank to rupture.  If the released liquid is flammable , it can catch on fire resulting in a fire and explosion.

« Thinking small
What is Design Thinking? »