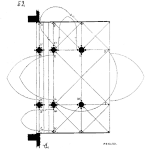 This is the second blog in a two-part series that explain how to present Capital Asset Management and Maintenance Improvement programs to the various decision groups who speak different “languages”. Your finance people speak in terms of revenue, costs, return on investments. They see things as figures and financial statements. Somehow they need to translate your operational or functional benefits into dollars in order to truly support your ideas.

Understanding and education are the keys

Education, but not too much as to lose someone’s attention span, can work wonders if the financial and general management folks are open-minded enough to give it a chance.

Provide insight into where the benefits will become evident: increased production, improved quality of output, lower costs of maintenance and materials consumption, fewer accidents, lower emissions, etc. Tie these to the examples you have. Show where past “pain” could have been alleviated and how.

The next step is to learn more about the nature of that program and educate those who are decision makers about it. This education is done at a fairly high level – without getting into a lot of technical detail. It can’t take long (the audience is senior and busy) and it can’t be overly complex (the audience has a diverse and usually non-technical background). Why things fail and what to do about them can be explained in great detail (as technical people tend to do) or with easily understood non-technical language. Here’s where outside help is often needed.

The engineering staff can explain things well to other engineers but (as explained earlier) not to others. Few engineers who truly understand the technical details can explain them in simple terms. That’s not a part of their education. But others can – more on them later. Most companies will need outside help to achieve this.

Support for a business case

Once the level of awareness is increased, there is usually support in principal for an improvement program. In some (rare) cases an executive is sufficiently convinced (usually because the situation day-to-day is so bad) that approval is immediate. In most other cases however, decision makers may want more detail and justification, but at least they are open to it. Financial people can be very helpful at this point. They understand the qualitative argument enough to buy into the program and they often begin pointing to areas where finances can be improved if it is implemented successfully. In their minds they can start to see the savings and the revenue gains – “ka-ching”! They begin to build a business plan for your project to explain what is being spent and what it will deliver.

Outsiders can often help. Unbiased third parties who understand the technical and business issues can be very good at building business cases. Management consultants are usually very good at this – it is how they make their living. A small investment in their support can help to reveal the true scale of benefit that can be unlocked and in terms that everyone understands.

Financial managers have often been very strong supporters of improvement programs so long as they understand the qualitative benefits enough to see the potential for quantitative gains. They become allies in building the business case. As they do so, they may even begin to see the shortcomings of their own accounting systems too. They realize that benefits accrue in ways they don’t typically measure. After all, they don’t measure “costs avoided,” they measure money spent. They don’t measure “revenue lost,” they measure revenue earned. They can however see that those costs avoided and revenues lost can translate into real savings from budgets and real revenues. If presented in forecast P&L statements for coming years, the numbers will speak to the financial world on their own. They can then see the potential business case and they will often work closely with the technical people to build the justification needed for approval. They can become quite zealous in their support and may even start to push for more rapid improvements. This can be helpful, but it can also lead to overly optimistic business cases and expectations once implementation begins.

Some improvements may entail analytical processes. Reliability Centered Maintenance is one of these possible improvement programs. RCM itself is an analytical process that produces decisions. The general nature of those decisions is known but the specific decisions that will be made are unknown until the analysis is done. We can’t forecast with precision what savings or revenue gains may accrue but we can look at similar programs elsewhere and draw general conclusions that will be “directionally correct”. We know for instance that if we are over-maintaining, we will see savings, but it is difficult to ascertain if we are over-maintaining without the analysis to prove it.

To a degree we need to trust our instincts. To follow on from that previous example, if we see a lot of re-work and failures after we are doing overhauls and shutdown or turnaround, then we are probably over maintaining. If we suspect that, then we can forecast some savings – how much becomes a challenge to be dealt with by looking at each case individually. Conversely, if we are under-maintaining, then we know that if we do more preventive and predictive work we can reduce failure events and ultimately reduce the total amount of work done. If we know we have a lot of breakdown maintenance, there is a strong case for saying we will decrease breakdowns by increasing proactive work. Again, the question of, “how much”, requires specifics for each case.

Be aware that we can’t always forecast exactly where those savings or revenue gains will arise. The analysis will show us if we give it that chance. Seemingly minor technical “discoveries” made early in an improvement effort can have big payoffs. This author has seen many of those occur.

In one case (a mine ore processing operation) a very simple finding about operating practices revealed a potential savings in the range of a hundred million dollars. In another case (a tissue paper converting mill), there was an immediate gain of 10% in production capacity on their high margin product lines. A similar gain in production output occurred at a mine by implementing only a few simple changes. In another case (an electric utility) a massive gain in reliability was coupled with the near elimination of a specific asset’s maintenance budget. In yet another case at that same utility, a look at failures resulted in a minor change to an engineering specification which in turn resulted in reliability improvements and the extension of replacement age for a fleet of assets. None of those opportunities was evident before the analyses were carried out, yet the overall potential for improvement on a broad scale was. In each of those cases the benefits gained were sufficient, on their own, to justify the entire cost of the program!

Business cases cannot be overly specific in terms of where they will find the benefits, but they can be directionally valid. Avoid overly zealous predictions of performance but don’t shy away from claiming gains that others have seen if their situation was similar to yours. Be conservative but not overly so. Be willing to relinquish future budget to demonstrate confidence. Show it in projected income statements. Consider the business case as a statement of the minimum that can be gained when embracing maintenance and asset management improvements. Use the help of management accountants. Take the time and care to do it right and you will be pleasantly surprised.