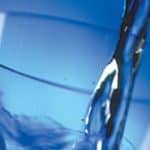 The finger pointing in Flint Michigan has already begun and it’s likely to reach and cross several levels of Michigan’s government.  We have developed a society where it has become more important to find out who is to blame, than it is to find out what happened and how we can be sure it never happens again.

Regardless of what you may have read in the papers or seen on the news the effects of lead poisoning are real. Chronic lead poisoning over time like one would expect from a contaminated water source results in damage to every part of the human body and lasts a lifetime.

I work in the field of Reliability Engineering and a significant part of a Reliability Engineers time is spent doing two things; first we seek to design systems and products that are reliable and to do this we assess all reasonable and likely failure modes that could impact the reliability of the process or product we are designing.  Second, we look to make existing designs more reliable by analyzing and mitigating the known failure modes that result from how we operate these assets, and the failure modes associated with the environment in which we operate the asset.  The end result is a series of scheduled tasks or redesigns that ensure the functionality of the design.

Looking at the ongoing crisis in Flint Michigan I am truly puzzled by how something as simple as delivering clean drinking water to the public could have become so screwed up.  I start by searching US Drinking Water Standards, I am appalled to find out that according to Wikipedia while the United States and European Union both have standards for drinking water quality.  The world however has yet to agree on a universally accepted drinking water standard.  Reading through the list of allowable limits for substances that could be part of our public drinking water I begin to look at my kitchen faucet a bit differently. Among a list of 20 other items that includes Benzene, Cadmium, Cyanide and Arsenic the United States Environmental Protection Agency allows 15 micro-grams per liter of lead in our drinking water.

Making sure this never happens again might not be as simple as first thought, the United States has an abundance of fresh drinking water sources and where the water coming out ground, lake or reservoir isn’t perfect we must have the technology to make it safe.  This is the United States we are talking about, we have been delivering good reliable drinking water to the public for over 100 years.  In 1908, Jersey City, New Jersey became the first city to begin routine disinfection of public drinking water and in the following decades thousands of cities followed Jersey Citie’s Lead to do so in attempt to control death and illness from diseases such as cholera and typhoid.  Their efforts were a resounding success and since that time communities around the United States have done what we believed to be a stellar job at providing their citizens clean fresh water.

Then along came Flint, Michigan.

So what are the causes? How would a Reliability Engineer view this existing water system and develop a plan to ensure the citizens of Flint, Michigan that when they turn on their tap at home the water they are about to cook with, bath in and drink meets or exceeds the EPA’s US Drinking Water Standards?

First, and maybe most important one, we need to locate and eliminate all the sources of lead within this system. Did the lead come from the water supply source (The Flint River) or has the lead been leaching into the system through old lead piping systems that have now begun to corrode with the use of extra chlorine added to the system with the intent of eliminating harmful bacteria?  Each source of lead contamination must be eliminated to a point where the water now being treated exceeds the US standard.

Second and just as important the public trust in the Flint, Michigan water supply has to be restored and this will be no easy task.  Regular communication regarding how this problem came about and what has been done to ensure it will never happen again should be frequent as well as the availability of water testing and testing results.  While testing could be viewed as a point in time lagging indicator of water quality, in my eyes the Flint Michigan public should granted on demand water analysis for an indefinite time period.

So how do we ensure high quality drinking water to the public? The incoming quality of the water coming into your local water authority is the best place to start.  The higher quality water you bring in the less treatment and chemicals it will need to be made safe for the public. Water treatment has made some tremendous advances over the last 100 years, I can’t envision anyone with a lick of common sense dipping a ladle in the Flint river handing the contents over to a couple of chemical engineers allowing it to be filtered treated and willingly drinking half that water without wondering what poisons may have been left over. Then moments later turning to a small child and smiling with confidence as they drink down the remaining contents.

So, before the public celebrates the hand full of fall guys or girls who are thrown under the bus for poisoning the children of Flint, Michigan, let’s hope we first take the time to identify what needs to be done to ensure this never happens again in the history of our planet.

« FMEA Q and A – FMEA Boundary Diagram
Pioneers and The Settlers »