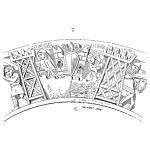 In this week’s article entry, we discuss some guidelines for conducting an experiment.  As we discussed in an earlier post, planning the study is critical for a successful outcome.  A good plan makes the conduct of the study straightforward.

Below are some key aspects of conducting the study:

The key points are summarized below:

Following the above guidelines will likely ensure that the experiment will be successful.

In the next article, we will (finally) discuss the analysis of the data and the development of mathematical models.