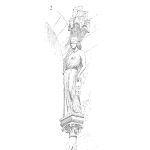 As VP of reliability at my company, I often meet customers when they are at the tyranny of the urgent. They’ll have a significant problem, multiple questions, and a big decision to make.

Just recently I was with one of our customers as he was facing one of those big decisions. It was a tough one.

This customer is responsible for a 14-plant steel mill. The transformer that powers the most profitable line in the mill was gassing with carbon monoxide, and it was looking serious. Testing showed that it was gassing at an IEEE Condition 4, which essentially means the transformer should be shut down. Heat, oxygen, and moisture are the enemy of transformers, and if your transformer is overheating, you often don’t have any option—the rule of thumb is “if you don’t shut it down, the transformer will do it itself.”

He wasn’t asking us for data, and he wasn’t asking for information. He had that already. The data said that his transformer was running hot, and the information—the combination of the trend analytics and the expertise of IEEE—pointed to downtime. He was looking me in the eye and saying “give me wisdom. Give me the collective wisdom of your organization and tell me whether to shut it down or not.”

We will never make the decision of whether to shut down an operation, but we will give our opinion and present all the facts and the data that the customer needs to make that call.

Give me wisdom. That really struck me.

I got back to the office and gathered our wise people together. Our chemical analyst revisited the test data, and we ran a correlation to verify the severity of the condition. We looked at the nameplate on the transformer, which was manufactured 1978, and found many transformers in our database that matched the year, model, and fault condition of this one. We found it many times, because we do a lot of testing.

This transformer with high carbon monoxide was in the 61st percentile of all the transformers in the database. It’s kind of medium. Normal. It’s not looking like its much of a problem. Our transformer lifecycle person, who is younger than me but old enough to remember the 1970s, told us that back when this unit was being built, when this manufacturer was absorbing a lot of smaller transformer firms, they had a run on producing transformers that ran hot.

We suggested that the customer call the manufacturer to confirm. It took a while to get a response, but they confirmed that, yes, for a 7-year period of manufacturing, that kind of transformer tended to have a problem with overheating.

The point is that the data can be used to create information, and information and experience and expertise and cooperation can create wisdom. And wisdom can help you make the biggest decisions of your career.

That said, I promise you this: for 90 days while that thing was running, I was thinking ‘please don’t fail please don’t fail…’ but it didn’t. So, it worked out perfectly.

« Is All RCA the Same?
Why Is Product Development So Hard »