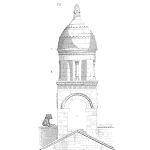 (This is chapter 5 of User Manual for Credible Reliability Prediction – Field Reliability (google.com), cleaned up and typeset for AccendoReliaiblity Weekly Update.)

Reference [1] provides the nonparametric maximum likelihood estimate (npmle) of a reliability functions from stationary M/G/∞ system population ships and returns data. Ships denote sales, shipments mir installed base of a product or parts: monthly, quarterly or annually. Returns denote failures, repairs, replacements, spares sales or returns of parts, for any reason. Except for high cost repairable equipment, there is no incentive to track when returns were shipped. Thus there is no need for time-to-failure or time-to-return data from which to estimate a reliability function.

L. A. Baxter derived a reliability function estimator from ships and renewals data, when all the ships occur at one time [2]. Unfortunately the usual situation is—every month new shipments are made, and returns come back without a clue about how old they are.

Practically every application violates the stationary arrivals condition to represent returns as output from a stationary self-service system. Ships are seldom a stationary process. There are alternative methods to handle nonstationary shipping rates [3], but the npmle of a reliability functions is desirable for its properties.

References [4], by Eick, Massey and Whitt and [7] by Meyer Kotkin, permit the reliability function npmle in reference [1] to be estimated for nonstationary M(t)/G/∞ ships and returns, in some circumstances.

In the context of ships and returns, G(t) is the time-to-return distribution function. Use its npmle for parts that are returned, whether or not the products continue to function with replacements. Also use its npmle for renewal processes when the probability of multiple failures is small.

The npmle of G(t) can be used when ships are assumed to come from a nonstationary Poisson process, because it’s impossible to disprove for periodic ships: “The Ease of Fitting but Futility of Testing a Nonstationary Poisson Processes From One Sample Path,” [8]. Theorem 1 of [4] says, “The departure process (of an M(t)/G/∞ service system) is a Poisson process with time dependent rate function ?(t) = E[λ(t–S)].” Random variable S represents service time with distribution G(s). If E[λ(t–S)] is nondecreasing, then the npmle of a nondecreasing failure rate function [5 and 6] may be used to estimate E[λ(t–S)] and G(t).

Why not check whether  E[λ(t-S)] = ∫ λ(t–u)dG(u) = λ(0)G(t)–λ(t)G(0) is nondecreasing? The integral is from zero to t, because the integrands are undefined or zero for negative values. Plug in the npmle for G(t) and see.

Table 1. Test condition for npmle estimates assuming linearly increasing ships. (R-sq = 46.74%). The Not1 Test g(t) npmle passes the condition, because all terms are nonnegative. The KISS test passes because the terms are increasing in t.

The M(t)/G/∞ service system provides a useful model periodic ships and returns for reliability estimation. Information from the M(t)/G/∞ output dwindles as time approaches MTBF [7]. Fortunately many part’s lives are long, even though systems built from them may fail more frequently.

[8] Barry L. Nelson and Lawrence M. Leemis, “The Ease of Fitting but Futility of Testing a Nonstationary Poisson Processes From One Sample Path,” Proceedings of the 2020 Winter Simulation Conference, IEEE.

« How Does SPC Complement My Automatic Inspection System?
Maintenance and Reliability Maturity – 1 »