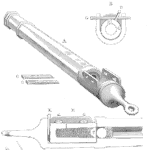 Failure Analysis of a Gearbox, Fan, Bearing and Shaft

When equipment breaks unexpectedly it is good practice to investigate why it happened so that the root cause can be rectified and the problem prevented from again happening.

There are no mysterious causes, only poor systems or system failures. It is not often that people intentionally sabotage plant and equipment.

By analyzing why a thing happened the lesson can be absorbed and changes made to business systems to reduce its probability of reoccurrence.

In this article, four equipment failures are reviewed and investigated to determine their cause and the resulting necessary changes.

We missed the gearbox oil leak and the motor burnt out.

On New Year’s Eve, the drive motor on a critical bucket elevator burnt out after 20 years of operation.

Oil from the gearbox had leaked onto the windings. The oil-covered windings could no longer be cooled by the forced air draft from the fan. The motor cooked.

I don’t know how, but 4 of the maintenance crew came in to fix it. We had no spare.

Unbelievably, and to their great credit, our supplier came in too, took a look at the drive, opened up his warehouse for us and dropped off a new drive.

Just short of midnight the bucket elevator was going again.

An impressive effort by all concerned. But what happened to cause the failure?

It turned out that the gearbox was not on a preventative maintenance inspection round.

It had been but was taken off the list, as there was a three weekly lubrication round to grease the head pulley shaft bearings beside the gearbox. The greasing was diligently done, but the oil leaking over the motor from the gearbox was missed.

Everyone thought that the person during the greasing round would look about and note any obvious problems.

To be fair about the situation you should know that someone had in the past wrapped Denso tape around the leaking gearbox flange to try keeping the oil in the box. But that’s where it had stopped.

They may even have reported the leak, but it never actually got fixed.

Are your people walking around with blinkers on? What are they missing that they should be seeing?

When your people report a future problem what happens to ensure it gets fixed?

In this case, the gearbox and motor went back onto a 3 monthly inspection round with a comment on the checklist specifically asking if oil was leaking.

The other gearboxes throughout the site had the same inspection added to their checklists. And the tradesmen were asked to not only report a problem but to raise a work order request to get it fixed.

Which way are your centrifugal fans spinning?

A fan was run in reverse and when the direction was changed the motor overloaded.

People make the mistake of thinking that when a fan goes backwards it will suck and not blow. This is true for axial flow fans but not for centrifugal fans.

Centrifugal fans, like centrifugal pumps, will force product out no matter which way they turn.

If they are running backwards you will still feel a draft but the flow is very much less than it should be.

When centrifugal fans are commissioned take the gas stream velocity readings and calculate the flow from the formula:

Then check the flow for the fan against the design value to be sure the motor is wired in properly.

If you think the 3 phase motor will handle it you could reverse two of the wires and measure the air velocity for each direction.

Before setting the motor overload protection check that the fan is running in the right direction.

Bearing temperature rocketed, but there was nothing wrong

The operator rushed into the maintenance shop saying that the hammermill bearing was running hot with boiling grease spitting out of the bearing housing shaft seals.

Damn, not again – the bearing was replaced just 4 weeks ago.

Sure enough, you couldn’t put your hand on the bearing. My spit didn’t boiler, so about 85 – 90C. (It turned out to be 95C using the temperature gun.)

The grease was black from being cooked.

One of the guys got the FAG hand-held bearing vibration monitor and checked the bearing.

The vibration readings were fine; there was nothing wrong. But what had made it run so hot?

It was the drive end bearing and it was under a big load from the four vee-belts running off the 45kW 4-pole motor. But that had always been the case and the bearing did not have a history of failing.

The only thing that wasn’t changed last time was the bearing housing; maybe the outer bearing race was spinning in the housing?

It was late in the day and we had to do something!

So it was decided to change out both the bearing and housing for new. The top half of the housing was lifted off.

No burn marks on the outer race! So the bearing wasn’t spinning in the housing.

Then the Mechanical Maintenance Planner said he would check the recommended bearing grease viscosity from a nomogram in the SKF general bearing catalog to see if we were using grease that was too thick.

Turns out he was ‘right on the money’.

We were using grease with 4 times the recommended viscosity at the operating temperature than what should have been in use.

We didn’t have to replace the bearing after all; we just needed to get the right grease for the application.

What a complete waste of time and effort in replacing a perfectly good bearing and housing!

If you find your bearings running unexpectedly hot then be sure to check if the grease is of the right viscosity for the normal operating temperature.

If it is too thick it will cause friction as the rolling elements push their way through it.

If it is too thin the temperature will rise from the metal-to- metal contact between the rolling element and the raceways.

The break was dead in the middle between the two end-supporting roller bearings.

An identical break had happened only 2 months previously.

What was causing the brand new shaft to break?

A close examination of the screw conveyor trough told the story.

The product had built up 10 – 15 mm thick on the bottom of the trough.

It was caked on and would only come off when hit with the blade end of a pinch bar.

When the screw had been in place in the trough, it was forced to ride over the thick crust, while the two ends were held tight in the bearings. The crust produced a deflection in the shaft.

The biggest deflection was at the center of the screw where it caused the greatest bending stress.

As the screw turned during operation, the highest cycling stress was in the middle at the point of maximum deflection.

The stress in the bar changed from tension to compression during each turn of the shaft – exactly like you bending a paper clip up and down until it breaks.

The shaft failed for the same reason – metal fatigue due to cycling stresses caused by the crust build-up bending the shaft.

If you have screw conveyors in use on a crust-building product, make sure the crust on the bottom of the trough is regularly cleaned out.

Otherwise be ready to change out the shaft. If you are experiencing any shaft breakage at the mid-point between end supports, check to see if the shaft is experiencing excessive deflection under cyclic or fluctuating loads. (You will soon get a fully comprehensive article in the UP-TIME monthly flyer on the analysis of this failure along with complete coverage of the development of bending stresses in beams supported at both ends.)