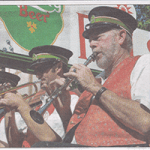 My wife and I were in Firestone-Walker Brewery (Buellton, California) after Solvang Danish Days. (That’s me playing in the Solvang Village band.) My wife was comparing an Adam Firestone photo on the wall with a man at a table. I was admiring a woman seated near the bar with balletic posture. The balletic woman picked up a pizza and delivered it to the man and sat with him. My wife went over and asked the man if he was Adam Firestone? He was, with his sister Polly. While my wife chatted with them, I did not engage, because I was responsible for FORD recalling the Firestone tire sizes that Firestone did NOT recall.

August 2, 2000: Firestone recalled “…all ATX and ATXII tires of the P235/75R15 size (Ford Explorer) manufactured since 1991 and all Wilderness AT tires of that same size manufactured at Firestone’s Decatur, Illinois, plant.”

May 2002: FORD recalled the other Firestone tire sizes!

What Data are Necessary?

The NHTSA Firestone complaints database included the tire failure date and the vehicle make, model, year, and personal identification (plus typos). Their database also indicated whether the tire was original equipment. Reliability analysis is easy, if you have life data.

Imagine working for Ford in the 1990s. You would have known Ford sales and repairs by VIN and symptom, which yield life data for the estimates in figure 1. But suppose some repairs were tire related problems? You could have made the reliability estimates in figure 2, from Ford sales and NHTSA complaints, by model (tire size). Figure 2 shows the least squares estimator for renewal processes [Chapter 6 of “Random-Tandem Queues…”]. Ask Fred or pstlarry@yahoo.com if you want software in workbook or R-Script.

Figure 2. Age-specific reliability estimates by model from sales and complaints data in year 2001.

Estimate age-specific field reliability by calendar intervals, even if you don’t have life data: read the next Accendo Weekly Update for explanation. Make actuarial forecasts of failures and estimate upper prediction limits (UCL) as with control charts. If failures in some calendar interval exceed the UCL, take a sample, estimate reliability from age-at-failure data, search for root causes, and evaluate process improvements. Then revise forecasts, estimate risk under alternatives, act accordingly, and verify the improvements.

« How do I set up my reliability engineering career?
The Biggest Problem to Your Reliability Program Is… »